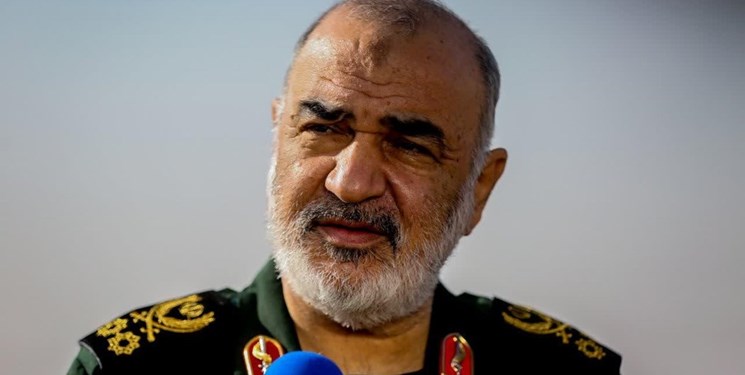 TEHRAN (FNA)- Commander of the Islamic Revolution Guards Corps Major General Hossein Salami in a message to Seyed Ebrahim Rayeesi congratulated him on election, stressing the IRGC’s preparedness to cooperate with the new government.

“June 18 (the elections day) was, in fact, the day of the victory of the brave and hero nation of Iran and a field for the defeat and collapse of the enemy's evil and deceptive policies, strategies and scenarios against the safe sanctuary of the Islamic Republic,” General Salami said in his message on Sunday.

He added that the future perspective of the country shows a new chapter in Iran's strengthening and the brilliant role of the nation, specially the passionate and progressive youth.

General Salami congratulated Rayeesi for winning the 13th presidential elections in Iran, stressing the IRGC’s readiness for cooperation with the new government to render services to the honorable and noble people of Iran and advancing the plans of the 13th government to strengthen and use the capacities and opportunities guaranteeing the country's progress.

In relevant remarks on Friday, General Salami said that the enemy has fought this election, but the honorable and dear Iranian people will disappoint them with their votes.

"The great Iranian nation, by their massive turnout in the elections, foil all the evil dreams and aspirations of the enemies," Salami said.