Biden Approval Rating Down with Democrats, Up 8% with Republicans 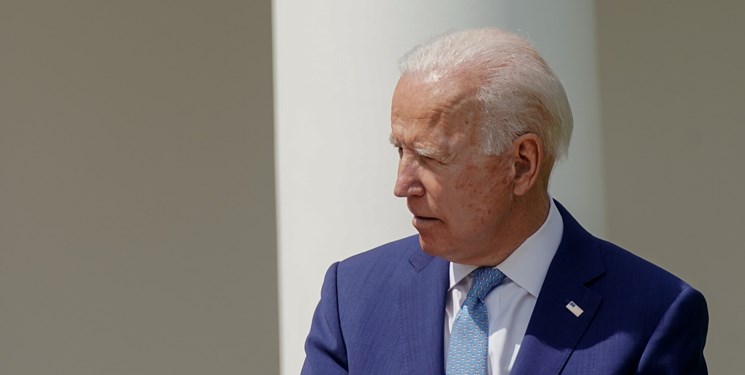 TEHRAN (FNA)- President Joe Biden's approval rating among Republicans increased by eight percent in the last two months even as his overall approval has taken a hit, according to a new poll.

However, Biden's approval among Republican voters has risen from 11 percent to 19 percent over the same period, bucking a trend that has seen fewer Democrats and independents saying they approve of the job he's doing.

The poll released on Friday showed that Biden's approval among Democrats had fallen to 86 percent from a high of 95 percent in a Monmouth University poll conducted between April 8 and 12.

Biden's approval has also fallen among independents and currently stands as 36 percent. This is a significant fall from the 47 percent of independents who expressed a positive view of him in the April poll.

Biden's overall approval rating stood at 54 percent and disapproval at 41 percent in April. However, the president is currently doing better among Republican voters despite a general decline.

Though a majority of Republican respondents - 80 percent - believe the country is going down the wrong track, this number has fallen 10 percent. Meanwhile, the view among Democrats and independents is on the opposite trajectory.

"Biden's rating is still in net positive territory, but it seems to have taken a dip with the growing uncertainty that his signature spending plans will be enacted," stated Patrick Murray, director of the independent Monmouth University Polling Institute.

While Biden's large spending plans remain popular, including COVID-19 stimulus with 60 percent support and his infrastructure proposals with 68 percent support, most respondents expressed concern that the plans could lead to inflation.

A majority of Republicans (93 percent), Democrats (55 percent), and independents (70 percent) are at least somewhat concerned about Biden's plans leading to inflation.