Senior MP: Iran Not to Provide IAEA with Recorded Videos, Likely to Turn Off Cameras 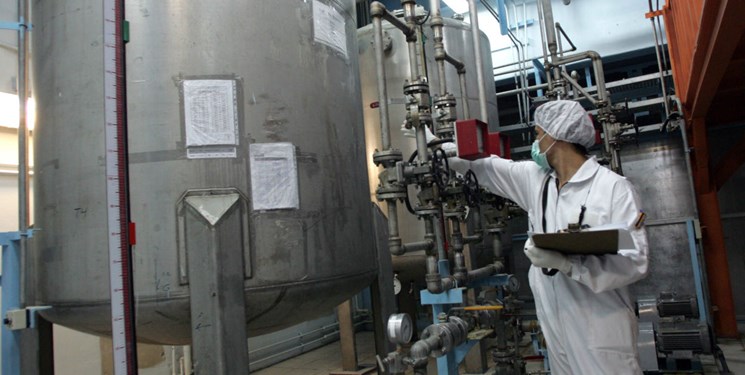 TEHRAN (FNA)- Rapporteur of the Iranian parliament’s National Security and Foreign Policy Commission Mahmoud Abbaszadeh Meshkini said that Iran will not provide the International Atomic Energy Agency with video recordings of its nuclear activities unless the US removes sanctions, and warned that IAEA cameras maybe turned off.

“The US is not entitled to impose its conditions on us because it has violated the nuclear deal, and Iran has a right to do so,” Abbaszadeh Meshkini told the Arabic-language al-Masirah news channel on Sunday.

He underlined that removal of sanctions and its verification set Iran's redline in the nuclear deal, noting that Tehran will fulfill its undertakings only then.

“If the sanctions are not removed, we will not provide the files and photos (to the IAEA) and (even) we will turn off the cameras too,” Abbaszadeh Meshkini said.

In relevant remarks earlier today, Iranian Parliament Speaker Mohammad Baqer Qalibaf said that his country will not deliver the video recording of its nuclear activities to the IAEA.

“I have already mentioned about the Agency, and now I say that after the quarter (three-month period) that has expired, nothing has been renewed and after that none of the items recorded in Iran will ever be given to the Agency and are in the possession of the Islamic Republic of Iran," Qalibaf said.

"The law is exactly being enforced," he stressed.

Iran’s Ambassador and Permanent Representative to Vienna-Based International Organizations Kazzem Qaribabadi announced on May 24 that his country has declared to the International Atomic Energy Agency (IAEA) its decision to extend the deadline for stopping video recording of its nuclear activities.

"The [recorded] data of the last three months are still in the possession of the Atomic Energy Organization of Iran (AEOI) and will not be transferred to the Agency", unless Iran and the world powers come into terms with each other to revive the nuclear deal, he added.

Meantime, Iranian Foreign Ministry Spokesman Saeed Khatibzadeh said at the time that his country will not give the IAEA inspectors access to its nuclear sites beyond the safeguards agreement even if Tehran agrees to extend the two sides’ previous agreement.

“The issue is being discussed at the Supreme National Security Council (SNSC) and is under final studies, and the Atomic Energy Organization of Iran (AEOI) will make an official announcement at the earliest when this process ends,” Khatibzadeh told reporters in a press conference in Tehran.