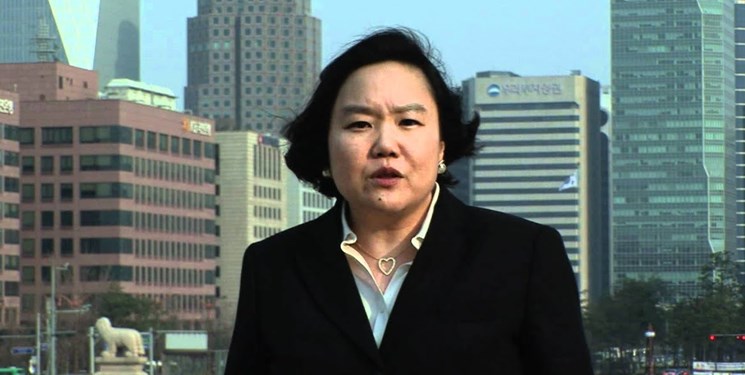 TEHRAN (FNA)- Jennifer Chang, American-Korean journalist, says racism against the Americans of Asian descent has been brought to light by the coronavirus outbreak.

Jennifer Chang is a freelance broadcast and print journalist. Her works appear in various outlets such as Press TV, the Christian Science Monitor’s Global News Blog and Asia-Pacific Business and Technology Report. Chang is a bilingual, bicultural Asian-American born in the United States. She has lived about half her life in the US, and the other half in South Korea.

Q: The police department does not believe there is a racial motive in the Atlanta attack, but has not ruled it out. This is in addition to the fact that the shooting caused nation-wide protests against racism. Why is there hesitation to convict the assailant of hate crime?

A: For anyone to be convicted of a hate crime in the US, the court demands objective evidence to support the allegation, which is extremely hard to do. Also, in America, a hate crime is different from other crimes as it is subject to the harshest penalties the state or federal government can bring; in Georgia where the shooting happened, the penalty for the shooting can be the death penalty if the suspect is convicted of a hate crime. Unfortunately, sometimes it is difficult to substantiate a hate crime with tangible, verifiable evidence. I think in order to convict this suspect of a hate crime you might need very strong evidence like a live witness to verify that he indeed committed a hate crime. This is because this suspect can always deny his intention was to commit a hate crime. This suspect can also argue he went to a massage parlor to eliminate a sexual temptation instead of to commit a hate crime while his defense attorney can say he would have gone to an Asian-American grocery store to kill people had he intended to commit a racially motivated hate crime! A crime is much more serious when it is a hate crime.

Q: The assailant “legally purchased a gun from a gun store” a day before the incident. Even President Biden urged the US Senate to take an action against gun violence. Do you think this will help take down the rate of hate crimes against Asian-Americans?

A: American gun culture is largely influenced by the majority of Americans, who feel they have a right to arm themselves as the US Constitution guarantees this; however, the problem is so many criminals take advantage of this gun culture to commit crimes. The issue is more serious in the eyes of Asian-Americans now that the deadly Atlanta massage parlor shootings have occurred. Stricter gun control laws banning firearm sales need to be introduced in the US, but it will take a long time to make an effective change in America's gun culture like this as is evidenced by the fact there have been so many killings with guns, yet the gun culture remains. Indeed, a legal ban on gun sales may never happen in America. Most Asian-Americans favor a legal ban on gun possession because Asian-Americans are less likely to rely on using guns to protect themselves, unlike many Americans - especially white males - in the US, with 42 percent of Americans owning a gun or living with someone who does, according to the latest Gallup poll taken from September 30, 2020 until October 15, 2020.

Q: In the US, about 3,800 hate incidents have been reported by Asian-Americans from March 2020 until March 2021, according to a report by Stop AAPI Hate. Adding that to the recent hate crimes against Asian-Americans, is there still room to think about “American Dream” for Asian immigrants?