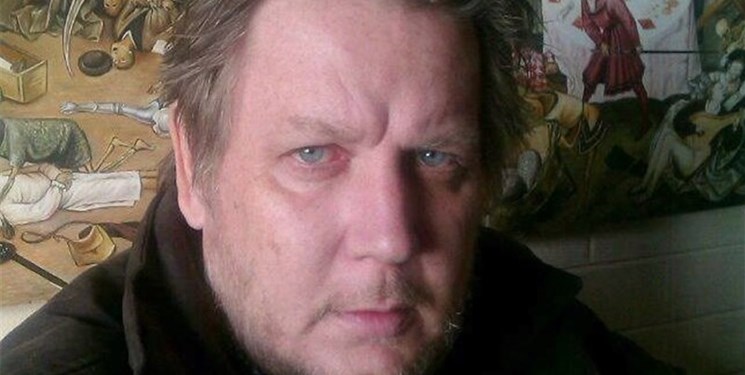 Speaking in an interview with FNA, Grossman said, “Propaganda about the ICC case published by the Atlantic World’s Corporate Media Cartel is of course preceded by pressure and instructions from think-tanks as well as the security/policy making apparatus which are of course fully infiltrated by individuals promoting Zionist agendas.”

Q: How do you see the ICC ruling and the issue of anti-Semitism raised by Israel?

A: To be sure, Benjamin Netanyahu has himself said that “when the ICC investigates Israel for fake war crimes, this is pure antisemitism”.

There can of course be no doubt that antisemitism is real; indeed, every bit as real as Islam-phobia. But the long standing ruse of conflating antisemitism with any and all criticism of Zionism or Israel is no longer taken seriously by a growing and very substantial minority of people in the wider population.

Meanwhile the tactic of tarring everyone who resists Zionism or criticises Israel with the antisemitism brush is having the unfortunate, though not necessarily unintended consequence of discrediting even the most genuine efforts to draw attention to those people whose speech is indeed motivated by little more than hatred for Jews.

Q: There are huge media attacks towards ICC’s probe to Israeli war crimes in Palestine. Do you believe the ICC can make a correct ruling under this media hegemony?

A: Propaganda about the ICC case published by the Atlantic World’s Corporate Media Cartel is of course preceded by pressure and instructions from think-tanks as well as the security/policy making apparatus which are of course fully infiltrated by individuals promoting Zionist agendas.

In that regard, both the US and Israel have openly declared their hostile intentions towards the ICC and there is already clear evidence that they are deploying all their usual tactics, including intimidation, extortion, bribery and garden variety corruption, to get politicians around the world, lawyers involved in making Palestine’s case, and members of the ICC to fall into line.

That said, if the myriad jurisdiction related technicalities raised by Israel can be overcome, I am quite sure the ICC is capable of reaching what many of us consider the correct position regarding ubiquitous war crimes and other violations of international law perpetrated by the occupation.

The real problem is that the ICC is quite limited in its ability to enforce any ruling against responsible individuals and Israeli organizations so long as the key Atlantic World nations continue to provide unqualified support for the occupation or, at the very least, to remain neutral in the face of clear evidence of the occupation’s crimes.

A second very significant strategic issue arises from a prevailing political reality which dictates that in order to make a reasonable finding about the occupation’s crimes, the ICC will also have to use its authority to investigate violations of international law alleged against Hamas and other Palestinian groups, bearing in mind that the law of armed conflict does not concern itself with the order in which things played out and any finding against Palestinian groups will certainly receive far more traction both in the international community as well as in occupied Palestine than any finding of culpability on the part of the occupation.

Indeed, from where I sit, I do not see Palestine as having much to gain from this process but it does stand to lose no small part of the standing in public opinion which it has taken decades to develop at the cost of thousands of Palestinian lives.

Q: Is it hypocrisy that Israel says Palestine is not a sovereign state to have a delegation at ICC?

A: Hypocrisy hardly even begins to cover it. No nation is in a position to dictate that Palestine is not a sovereign nation-state, even if the UN has not yet extended Palestine’s observer nation status to full membership the way it is quickly recognized Israel’s existence as a full member in 1949.

It is also worth remembering that 31 UN member nations still do not recognize Israel.

Of course none of this is relevant the Palestinian delegation’s participation in ICC proceedings investigating allegations of war crimes and other violations of international law committed against Palestinians by Israeli nationals and organizations, even though Israel is not itself a party to the ICC treaty.

On the other hand, the Palestinian Authority (PA), whose statehood and sovereignty has been subject to intense dispute across the international community, is a signatory to the Rome Statute (that is, the ICC Treaty), so it would be bizarre if it was not permitted to have a delegation present at the ICC proceedings.