Spokesman: Iran Not to Change Position on N. Deal after Power Transfer to New Gov’t 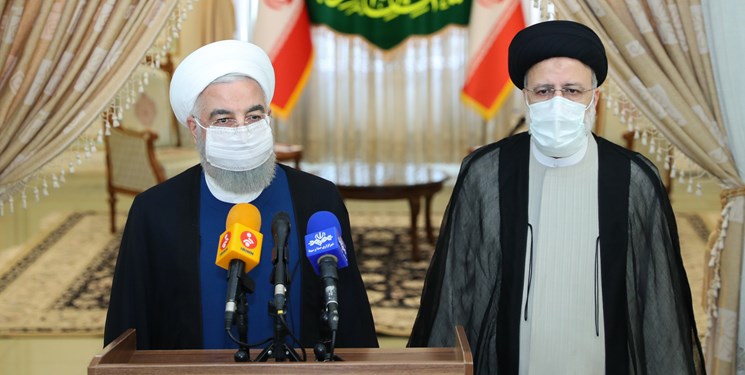 TEHRAN (FNA)- Iranian Foreign Ministry Spokesman Saeed Khatibzadeh rejected speculations that Tehran might change its position on the nuclear deal after the transfer of power to new President Seyed Ebrahim Rayeesi, saying that the country's stance is among the principled policies of the Islamic Republic.

"Iran's position on the Joint Comprehensive Plan of Action (JCPOA) and the lifting of sanctions is one of the principled positions of the Islamic Republic and will not change with the change of administration," Khatibzadeh told reporters in a press conference in Tehran on Tuesday. 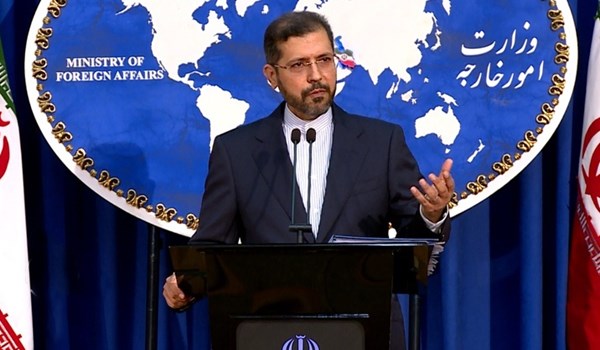 "Therefore, if an agreement is reached, the administration of Mr. Rayeesi will be loyal to it, because contrary to the approach of some other parties, adherence to the given commitments and promises is always a principle for the Islamic Republic of Iran," he added.

"The progress made in the Vienna talks is a fact acknowledged by all parties to the talks, although there are still important issues that largely need to be decided by the other parties, especially the United States. In fact, the finalization of the agreement to revive the JCPOA depends on the political will of the other parties to make tough decisions on their part," the spokesman said on the progress of the negotiations.

"Iranian delegation seeks to reach an agreement as soon as possible and to lift the oppressive sanctions against the Iranian people. However, we do not set any deadline for reaching an agreement that serves the interests of the Iranian people. Negotiations will continue until a favorable agreement is reached for Iran. As has been said many times, we are in no hurry to reach an agreement, but we will not allow the negotiations to turn into talks of attrition," Khatibzadeh said.

In relevant remarks last Wednesday, Iran's Ambassador and Permanent Representative to the United Nations Majid Takht Ravanchi said that the countries which did not remain committed to their undertakings under the nuclear deal should now make hard decisions.

“Therefore, they are not in a position to criticize Iran for taking remedial measures,” he added.

The meeting had been formed to study UN Secretary-General Antonio Guterres’ biannual report on the manner of implementation of the nuclear deal that is officially known as the Joint Comprehensive Plan of Action (JCPOA).

In his report, Guterres urged the US to lift the sanctions. The Wednesday meeting backed underway talks in Vienna that are aimed at potential restoration of the deal after the US sabotage. A few parties, however, focused on the remedial steps that Iran has been taking in the face of the Western allies’ non-commitment.

“Today, the Council’s message is loud and clear: the JCPOA must be implemented and there is no better alternative,” Takht Ravanchi said.

He decried the few “discouraging statements” for “pointing their fingers at the victim instead of demanding the culprit to act responsibly.”

He reminded that Iran started the remedial steps once its policy of “maximum restraint” failed to dissuade the US from its continued pursuance of the pressure policy.

As part of the countermeasures, the Islamic Republic has so far taken its level of uranium enrichment up to 60 percent and stopped exporting its excessive heavy water.

The envoy reminded that Iran’s measures were, as their name indicated, “remedial” in nature and in line with the JCPOA’s paragraph 26 and 36. Those sections provide the country with “the right to cease performing” its commitments “in whole or in part” in case of “a re-introduction or re-imposition of the sanctions.”

Iran’s measures were, meanwhile, neither “inconsistent with our obligations under the NPT (Nuclear Non-Proliferation Treaty) and our safeguards agreement,” he said.

The official also underscored that all the measures were reversible once those of the JCPOA’s members, which were in default of their obligations, resumed their commitment to the deal.

He also warned that the country would not “overlook” the contrarily “irreversible” suffering and losses of life that it incurred as a result of the sanctions.

Firstly, Iran’s ballistic missiles are not designed to carry non-conventional warheads, he said, adding, “Iran will not compromise on its security and its conventional defensive capability as no other country does.” Secondly, the JCPOA features no reference to any space launch vehicles that some countries have been trying to turn into the subject of their criticism of the Islamic Republic space activities, the envoy said.

In conclusion, Takht Ravanchi said, “Given years of serious violations of the JCPOA by other sides, it is essential to secure enough assurances that all sanctions are removed verifiably.” The US also had to be rendered incapable of fresh withdrawal from the deal or abuse of its mechanism to create another implementation crisis, he noted.