Navy Deputy Commander: Iran to Give Crushing Response to Any Threats 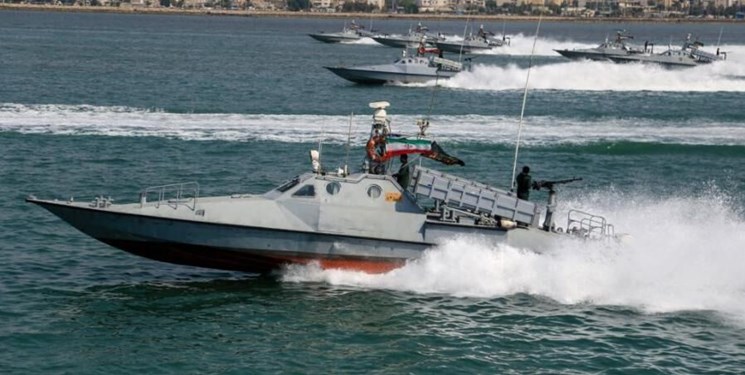 TEHRAN (FNA)- Deputy Commander of the Iranian Army Navy Admiral Hamzeh Ali Kaviani warned that any wrong move and aggression by the enemies will be receive a crushing response.

"Our message to the friends is peace and security, but if a country and a group dare to threaten the Islamic Republic of Iran, our response to them will be lethal," Admiral Kaviani said during a visit to the Iranian Navy’s maritime zone 1 on Tuesday.

He added that the army navy has focused its attention and capabilities on the development of the strategic Makran region.

He pointed out that the navy has been providing health facilities and roads to the people of Makran since 2007.

The deputy army navy commander went on to add that all the capacities of the Maritime Districts 2 and 3 are dedicated to the development of the Makran coastal region.

"In order to see more prosperity and development in the southeastern coastal region of the country, we need to become a great naval power, which, thanks to God, we have become a superpower in the maritime field through the wise guidelines of the commander-in-chief of the Islamic Republic of Iran," Admiral Kaviani said.

The Iranian Navy held one-day-long but extensive and diversely-faceted maneuvers in the Caspian Sea last Wednesday.

The drills, codenamed Sustainable Security 1400, drew on the entire combat capacity of the Navy’s northern fleet. It ended in the evening with a comprehensive naval parade partaken by Navy vessels and the backup airpower.

The event saw Navy marines and commandos practicing intrusion into maritime areas while supported by Bell 212 helicopters and missile cruisers. This operation featured an emphasis on accurate intelligence-gathering measures and the application of radar-jamming devices.

The exercise also involved aiming fire at seaborne and airborne targets as well as guerilla and counterguerrilla warfare.

Generally, the exercise relied on the application of the force’s tactics, achievements, and equipment. The equipment included various indigenously-produced systems such as electro-optical and electronic warfare devices.

It served to send across a message of “peace and friendship under the auspices of [domestic] power,” display the country’s combat preparedness and intelligence command, train the force’s capabilities, and transfer the experiences of its seasoned personnel to the young generation. The maneuver also sought to announce the country’s readiness for cooperation with the rest of the Caspian Sea’s littoral states.

Iran’s Army had also late in May staged joint wargames “Sky Shield 1400” with the presence of the electronic warfare strategic units of the Army's four forces in the general zone of Isfahan stretching over a wide area of the country.

Sky Shield 1400 drills were the most practical joint drills in the field of electronic warfare of Iran’s Army in recent years as Rapid Reaction Units and Electronic Warfare Systems of the Army Ground, Air Defense and Naval Forces have participated.

The wargames were conducted in a wide area of ​​the country by implementing offensive and defensive tactics in the field of electronic warfare; and used achievements and capabilities in this sensitive and strategic area.