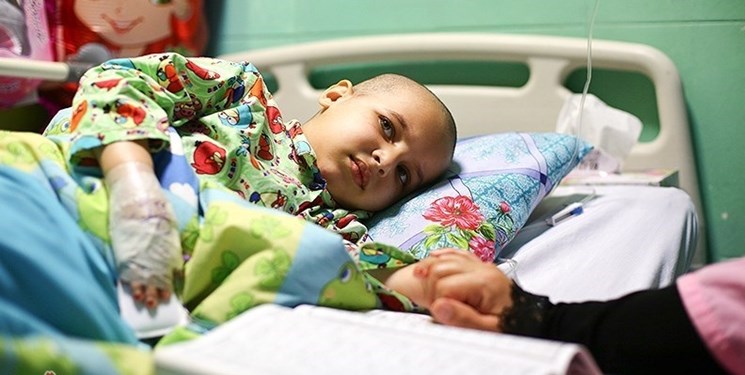 Qaribababdi said on Wednesday that expressing fake concerns by some JCPOA members about the production of a small amount of uranium metal by Iran is by no means acceptable to Tehran, specially now that it is focusing on production of the silicide fuel. 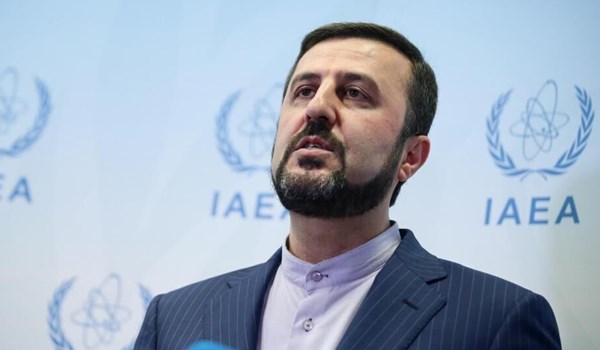 He made the remarks while talking to media people in Vienna when he said what some JCPAO members have expressed as "their concerns" is not worth a reply by Iran.

Each year more than 800,000 patients in Iran use the radio medicines produced by Tehran Research Reactor (TRT), he reiterated.

The Iranian diplomat added that the TRT’s fuel is 20% enriched uranium, and "by treating the 20% enriched silicide we have provided the fuel for that rector and highly improved the radio medicines that it produces".

Producing uranium metal is a necessary step in the midway of manufacturing silicide, he added.

Qaribabadi said that although in accordance with the JCPOA, Iran was after running research program on uranium fuel rods at low level after ten years, and before 15 years, and after presenting its programs for doing so at the Joint JCPOA Commission; it should be kept in mind that Iran announced the 5th step of decreasing its JCPOA commitments in January 2019, according to which Iran’s nuclear program is faced with no limitations in the operational field from then on, "save for serving our own technical demands".

Even if the JCPOA will be fully implemented, too, this JCPOA commitment cannot mean that if Iran has such a need, those who possess its technology in the world should not provide it for Iran, he reiterated.

Qaribabadi said that at the ongoing JCPOA negotiations, too, Iran put forth its request for receiving silicide, reiterating, "But none of the producing countries of that product gave us any definite guarantee to provide it for us."

Although in a number of the articles of JCPOA facilitating for improvement of Iran’s radio medicines by other JCPOA sides is mentioned, everyone refrained from meeting its commitments in line with the most peaceful use of the nuclear technology, he stressed.

Qaribabadi said that thanks to the progress achieved as a result of the endeavors of Iran's hard working nuclear scientists at the Atomic Energy Organization of Iran (AEOI), Iran can now produce the silicide fuel itself.

The Iranian foreign ministry had also in a statement on Wednesday underlined that the country intends to produce enriched uranium metal for peaceful goals, including application in the TRT.

Foreign Ministry Spokesman Saeed Khatibzadeh made the remarks on Wednesday, a day after announcement of the prospect by Qaribabadi. The envoy described the end product as uranium silicide plate enriched to 20-percent purity level.

Khatibzadeh’s comments were meant as a reaction to an earlier joint statement by the UK, France, and Germany, which repeated their alleged “concerns” about Iran’s nuclear activities.

He refuted the statement, saying, “In line with standing procedures, we have [already] informed the International Atomic Energy Agency (IAEA) about this issue (the production process).”

“Contrary to these countries’ claims, this product enjoys peaceful, pharmaceutical, and humanitarian applications, and its production is in no way contradictory to Iran’s [nuclear] non-proliferation and safeguards commitments,” Khatibzadeh said.

The production process is part of the remedial nuclear measures that Iran began to take in 2018, a year after the US left a historic multilateral nuclear agreement with the country and others.

Washington then returned its illegal sanctions against Iran. The European trio bowed to the bans by stopping their trade with Tehran.

Khatibzadeh reminded that the European states were accusing Iran of violating its duties under the nuclear deal—officially known as the Joint Comprehensive Plan of Action (JCPOA)—while they, themselves, had never “gone beyond words” in implementing their own obligations.

“The countries have aligned themselves with the US’s oppressive pressure, enforcing the American extra-territorial and illegal sanctions,” he said.

The spokesman also addressed the US State Department’s similar incessant criticism of the Islamic Republic, calling it “unacceptable.”

He underlined that the “status quo” surrounding the JCPOA had come about as a result of the US’s own unlawful and unilateral steps, saying President Joe Biden’s administration had been keeping up predecessor Donald Trump’s “defeated maximum pressure policy” against the Iranian people.

“No one should except Iran to unilaterally observe its JCPOA commitments, while it is under tremendous pressure from the sanctions,” Khatibzadeh said.

The official, however, repeated the country’s assertion that it would stop its remedial measures and restore its cooperation with the IAEA to how it used to be, as soon as the sanctions were lifted.

Qaribabadi said on Tuesday that his country intends to produce enriched uranium metal in the near future, adding that the International Atomic Energy Agency has been informed of Iran's plan.

He added that the uranium silicide plate enriched to 20 percent purity would be used as fuel for a research reactor in the capital, Tehran.