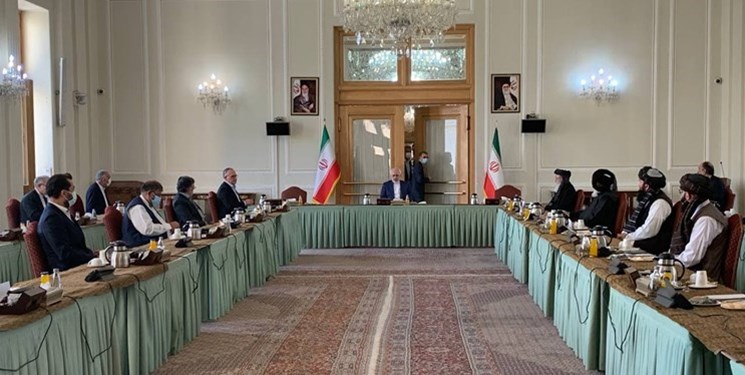 TEHRAN (FNA)- The Afghan leaders participating in Tehran meeting in a statement on Thursday underlined the need for ending war and conflicts to resolve the crisis in the country, hailing Tehran's efforts to this end.

The statement issued in 6 paragraphs was confirmed by the officials of the Afghan government and the Taliban political leaders who attended the second day of intra-Afghan talks in Tehran on Thursday.

Since Yesterday, the intra-Afghan talks is being hosted by the Islamic Republic of Iran in Tehran.

During the first round of intra-Afghan talks in Tehran on Wednesday, Iranian Foreign Minister Mohammad Javad Zarif expressed the Islamic Republic of Iran's readiness to support the process of intera-Afghan peace talks in order to resolve the current conflicts and crises in Afghanistan.