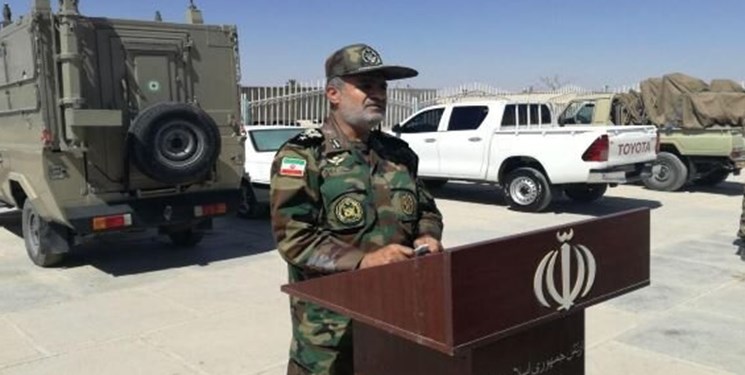 TEHRAN (FNA)- Iranian Army Lieutenant Commander for Operations Brigadier General Farhad Arianfar said that the slightest movement along the country's Eastern borders is being monitored round the clock.

He emphasized the full readiness of the Iranian Army's forces along the Eastern and Southeastern borders of the country.

"Thanks to the efforts of Army Ground Forces in the Eastern borders, border guards in the areas of Sistan and Baluchestan Province and the support of the IRGC forces, we closely monitor the slightest movement near Iran's borders," he stressed.

Over the last week, the Taliban have overrun areas bordering five countries – Iran, Tajikistan, Turkmenistan, China and Pakistan – amid the United States’ withdrawal of its forces from the country to end its 20-year military intervention.

According to Russia, the Taliban currently control more than two-thirds of the border between Afghanistan and Tajikistan. Moscow has urged all sides of the conflict to show restraint.