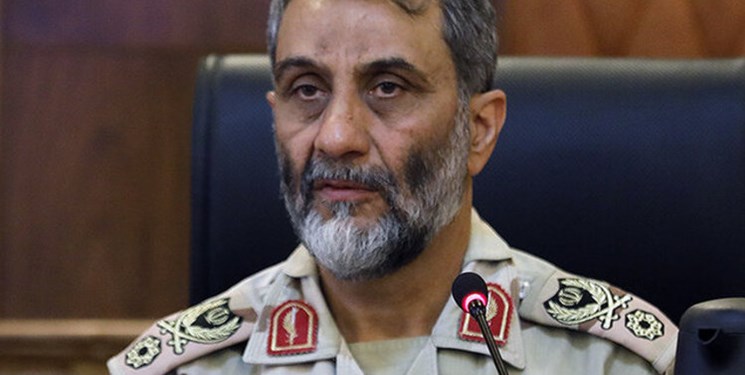 TEHRAN (FNA)- Deputy Commander of Iran's Law Enforcement Police Forces Brigadier General Qassem Rezayee took the US and other foreign forces deployed in Afghanistan responsible for the long-term insecurity in the war-torn country.

"The US-led colonial powers, with their illegitimate presence in the region, have created a terrible situation for the Afghan people," General Rezayee said while visiting the Southeastern borders of Iran on Monday.

"Based on the reports we have received, there is no concern about the security of the Iranian borders," he said.

"The result of the US illegal presence in Afghanistan has been nothing but destruction and insecurity," General Rezayee reiterated.

"Today, the people of Afghanistan need to receive the humanitarian aid from other countries of the world, but the best help to them is to allow the formation of a popular government based on the will of the people and not to allow foreigners to interfere in the internal affairs of this country."

General Rezayee noted that the US and its allies, by their illegitimate presence in the region for more than 40 years, have taken peace and comfort from the nations of the region.

"With regards to civil wars in Afghanistan, nothing special has happened at the border between Iran and Afghanistan and there is complete security and peace on all the Eastern borders with that country," General Pakpour said while visiting Doqarun bordering area.

"Following the incidents of the past few days in Afghanistan, it is possible that some miscreants and traffickers will take advantage of this opportunity and enter the territory of the Islamic Republic of Iran, which will undoubtedly be dealt with severely by the Armed Forces stationed on the Eastern borders," he added.

General Pakpour said that all the borders of the country are being monitored, noting, "Any move that is intended to make Iran and the surrounding areas insecure will responded decisively by the Armed Forces."

On Friday, the militant group claimed that it had seized control of 85 percent of Afghan territory, a declaration government officials dismissed as part of a propaganda campaign.