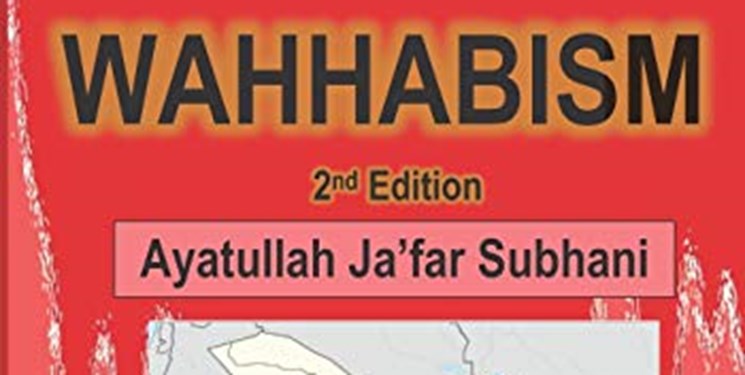 TEHRAN (FNA)- The International Association of Muslim University Professors has published a new book on extremist cult of Wahhabism which is the ideological background of many extremist and terrorist movements including ISIS and Boko Haram.

Wahhabism is written by one of the top scholars and an authority on the topic, Ayatullah Ja’far Subhani, the second edition of the book is revised, edited and annotated by Ahmad Abdullah Martin.

Wahhabism investigates history, ideology and teachings of Muhammad Ibn ‘Abdul Wahab from Njad, Saudi Arabia. The author provides detailed historical account of Muhammad Ibn ‘Abdul Wahab from the start of his preaching of Wahhabi ideology based on teachings of Ibn Taymiyyah and Ibn al-Qayyim in 1700s in the Najd region of present Saudi Arabia which gradually, with the support of Saudi dynasty and the British colonialist empire, became the Saudi state religion.

The book is extensively annotated to provide reader with supportive information about various aspects of Wahhabism and famous scholars mentioned by the author. It has an Appendix section that includes verses of Qur’an commonly used by the Wahhabi scholars and refutation of their deviant interpretation, traditions of prophet Muhammad (s) mentioning prediction about Wahhabi sedition from Najd, list of books written by leading Muslim scholars on rebuttal of Wahhabism, description of Ibn Taymiyyah by famous Muslim traveler Ibn Battuta and list of books and articles published in western literature about Wahhabism and its various offshoots.

With very solid logical reasoning and conclusive arguments, supported by verses of Qur’an and traditions of Prophet (s), the author proves that the Wahhabism is a deviant sect and has nothing to do with the teachings of Islam. The appendices provide detailed list of books and research papers written by prominent Muslim (Sunni and Shia) scholars and Western intellectuals on the critic and rebuttal of Wahhabism.

The book can be downloaded from the website of IAOMUP