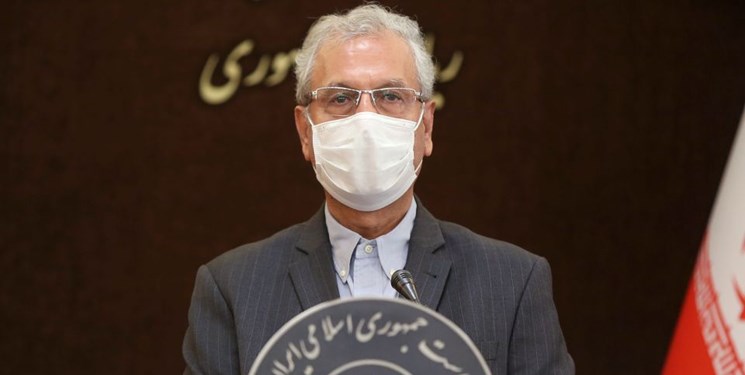 TEHRAN (FNA)- The recent gathering held by the anti-Iran Mojahedin-e Khalq Organization (MKO also known as MEK, NCRI or PMOI) terrorist group in Paris provided a good opportunity to identify the hypocritical nature of the US politicians who claim to be advocates of human rights, an Iranian spokesman said.

“The gathering of the terrorist cult of Monafeqin (the hypocrites as the MKO members are called in Iran) is an opportunity to identify and disgrace the hypocritical US politicians who, contrary to their repeated slogans, do not pay the slightest attention to the principles and history of terrorism and human rights violations in other countries,” Government Spokesman Ali Rabiyee told reporters in a press conference in Tehran on Tuesday.

"Of course, we never expected those who have in recent years plotted and supported sanctions, war and terror against the Iranian people, which they called as the policy of maximum pressure, to separate their path from Monafeqin terrorist group," he added.

Rabiyee blasted the American and European politicians for selling themselves to some bucks of dollars in return for standing beside a terrorist group whose hands are stained with the blood of thousands of innocent people, and stressed that they are not qualified at all to speak about violation of human rights in other countries.

Khatibzadeh wrote on his Twitter page that "insatiable thirst for dollars and anti-Iran obsession is driving shameful western hypocrisy".

He added that "the western politicians have sold themselves cheap in a US “lying-cheating-stealing” circus orchestrated once by (former US secretary of State Mike) Pompeo, that was cosponsored by both the MKO terrorists, and before them, by ousted Iraqi dictator, Saddam.

Khatibzadeh said that the hands of the MKO, like those of Saddam, “were soaked in Iranian people’s blood".

The MKO terror outfit held its annual meeting in Paris on Saturday with several western politicians in attendance. The terrorist group has killed 17,000 Iranian citizens and officials in the last four decades.

Last month, Supreme Leader of the Islamic Revolution Ayatollah Seyed Ali Khamenei rapped the western states which claim to be advocates of human rights for hosting the terrorist groups, including the MKO, whose hands are stained with the blood of thousands of Iranians.

Members of the Mojahedin Khalq Organization (MKO) terrorist group are walking free in France and other European countries, Ayatollah Khamenei said, addressing a meeting with the Judiciary chief and officials.

“The French government and others shamelessly preach human rights despite hosting these killers, supporting them, and even giving them the podium in their national parliaments,” the Leader said. “That is to say, the brazenness of these Westerners is really an extraordinary and strange thing.”

The Leader also commemorated Ayatollah Mohammad Beheshti, the head of Supreme Judicial Council of the time, who was assassinated in a bombing carried out by the MKO in Tehran on June 28, 1981.

He said the MKO committed a big crime against the Iranian nation by assassinating “this prominent figure” along with 70 other Iranian figures on this day forty years ago.

Ayatollah Khamenei also thanked Judiciary Chief Ebrahim Rayeesi for bringing about a great change to the Judiciary since he assumed office more than two years ago.

“In these two years and a few months that he was in charge of the Judiciary, he really worked hard, he strove, and good things were achieved in the Judiciary,” the Leader said.

Attacks on two commercial oil tankers in the Gulf of Oman on June 13, 2019 and an earlier attack on four oil tankers off the UAE’s Fujairah port on May 12, 2019, have escalated tensions in West Asia and raised the prospect of a military confrontation between Iran and the United States.