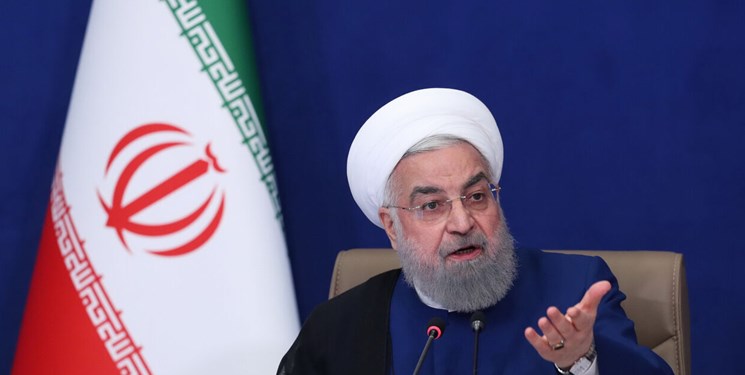 TEHRAN (FNA)- Iranian President Hassan Rouhani announced that his country will receive up to seven million doses of vaccine in the coming days, and said that the pace of vaccination against the deadly coronavirus disease has been accelerated.

Rouhani made the remarks addressing the national anti-COVID-19 committee meeting on Saturday.

He vowed that government will spare no efforts in controlling borders and to delay spread of virus in the country.

Rouhani further noted that Iran "will receive 6-7 million doses of vaccine this week".

"Iran could overcome illegal and cruel sanctions imposed by the United States and rely upon its own capabilities and know-how to become one of the few leading countries in producing coronavirus vaccines," he added.

The Iranian health ministry announced Saturday that 15,139 new cases of coronavirus infection have been reported across the country during the past 24 hours, adding that 175 patients have passed away in the same period of time.

"A sum of 15,139 new patients infected with COVID-19 have been identified in the country based on confirmed diagnosis criteria during the past 24 hours," the Iranian Health Ministry's Public Relations Center said Saturday, and added, "1,725 patients have been hospitalized during the same time span."

"Unfortunately, 175 patients have lost their lives in the past 24 hours, increasing the number of the dead to 86,966 ," the ministry noted.

It expressed satisfaction that 3,118,348 coronavirus patients have recovered or been discharged from hospitals so far.

The center went on to say that 4,237 cases infected with COVID-19 are in critical conditions.

It added that 24,968,443 coronavirus diagnosis tests have so far been carried out across the country.

Rouhani said earlier this year that 3 home-made coronavirus vaccines produced by the country’s scientists will be mass-produced and injected to millions of Iranian nationals late in Spring or early Summer.

The coronavirus COVID-19 is affecting approximately all countries and territories around the world. The virus was first reported in the central Chinese city of Wuhan late 2019. It has so far killed over 4 million people and infected over 187.6 million others globally.