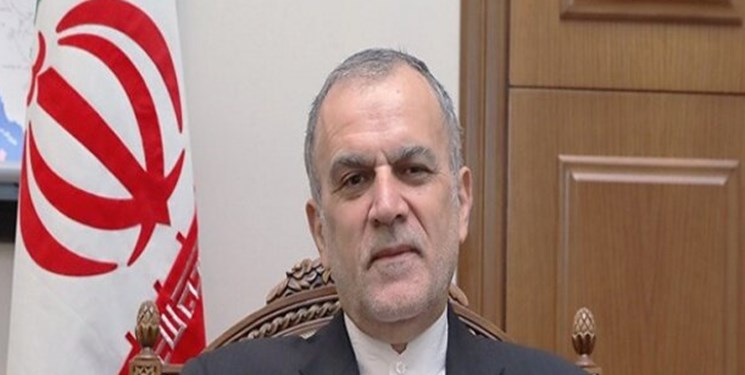 TEHRAN (FNA)- Iran's Deputy Foreign Minister for Economic Diplomacy Seyed Rasoul Mohajer called for the expansion of cooperation among countries of the region in economy and trade fields.

"There are many cultural and civilizational commonalities in the region that have led to historical cohesion among nations  and the requirements of the modern world require us to recreate this valuable heritage at all political, economic, commercial and cultural-human levels," Mohajer said while addressing the International Conference on Regional Connectivity of Central and South Asia in Uzbekistan.

He pointed to the intra-regional trade and the expansion of transportation and the development of transport infrastructure as elements of developing relations between the countries of the region, and highlighted the advantages of the Islamic Republic of Iran in connecting the two regions of Central Asia and South Asia to each other.

Mohajer called for cooperation by the landlocked countries and regional transit countries such as Pakistan and Turkey in the form of ECO transport corridors.

He also urged implementation of the projects related to the North-South corridors, TRACECA, Persian Gulf-Black Sea, as well as the Rasht-Astara-Azerbaijan railway and the Shalamcheh-Basra railway.

The International Conference “Central and South Asia: Regional Connectivity, Challenges and Opportunities" is underway at the initiative of the President of the Republic of Uzbekistan Shavkat Mirziyoyev in Tashkent.

The forum is aimed at strengthening historically close and friendly ties, trust and good-neighborliness between Central and South Asia in the interests of all peoples and countries of both regions.

The conference is attended by the President of the Republic of Uzbekistan, the President of the Islamic Republic of Afghanistan, the Prime Minister of the Islamic Republic of Pakistan, foreign ministers and high representatives of the Central and South Asian countries, other foreign states, heads of authoritative international and regional organizations, global financial institutions and companies, and leading research and analytical centers.