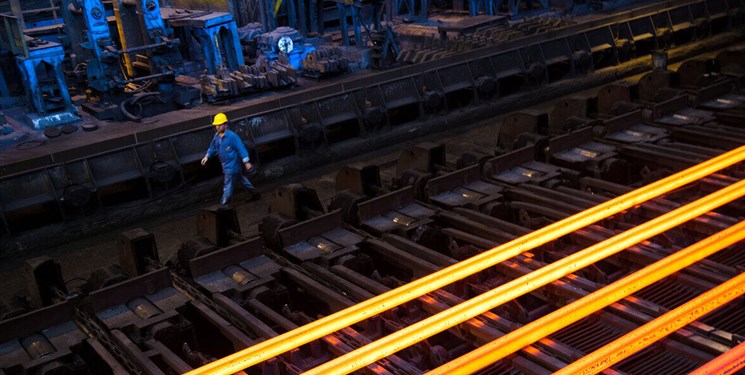 TEHRAN (FNA)- Iran exported 2.78 million tons of finished and semi-finished steel products during the first quarter of the current Iranian calendar year (started March 21, 2021) and earmarked a growth of 128 percent.

The performance of some of the leading Iranian steel companies indicates that in June 2021 the companies exported 916,236 tons of steel, which indicates a growth of 104% compared to June 2020.

Khouzestan Steel Company had the best performance among these steel companies in the first quarter of the current Iranian calendar year (starting from March 21) with the export of 523,321 tons of blooms, billets, and slabs and recorded a growth of 92%.

In a relevant development earlier this month, the World Steel Association (worldsteel) announced that Iran had ranked among top 10 steelmakers in the world and the second-largest producer of sponge iron.

"With the production of 29 million tons of crude steel in 2020, Iran was able to become the tenth top steelmaker in the world," it said.

It pointed out that the overall steel production last year marked 1.87 billion tons.