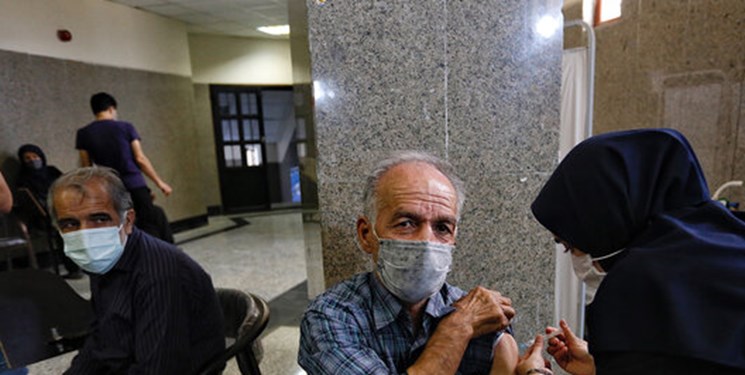 TEHRAN (FNA)- Iranian Health Minister Saeed Namaki announced that the country has set a record in vaccinating people in one single day.

It was also reported on Sunday that centers for drive-in vaccination across the country have been established and they have played a major role in the increase in the daily vaccination rate.

Iran is using a combination of locally-produced vaccines and imported foreign-made vaccines in its general vaccination campaign against coronavirus.

The Iranian health ministry announced on Sunday that 22,184 new cases of coronavirus infection have been reported across the country during the past 24 hours, adding that 195 patients have passed away in the same period of time.

"A sum of 22,184 new patients infected with COVID-19 have been identified in the country based on confirmed diagnosis criteria during the past 24 hours," the Iranian Health Ministry's Public Relations Center said, and added, "2,012 patients have been hospitalized during the same time span."

"Unfortunately, 195 patients have lost their lives in the past 24 hours, increasing the number of the dead to 87,161," the ministry noted.

It expressed satisfaction that 3,135,060 coronavirus patients have recovered or been discharged from hospitals so far.

The center went on to say that 4,306 cases infected with COVID-19 are in critical conditions.

It added that 25,044,984 coronavirus diagnosis tests have so far been carried out across the country.

The coronavirus COVID-19 is affecting approximately all countries and territories around the world. The virus was first reported in the central Chinese city of Wuhan late 2019. It has so far killed over 4 million people and infected over 190.8 million others globally.