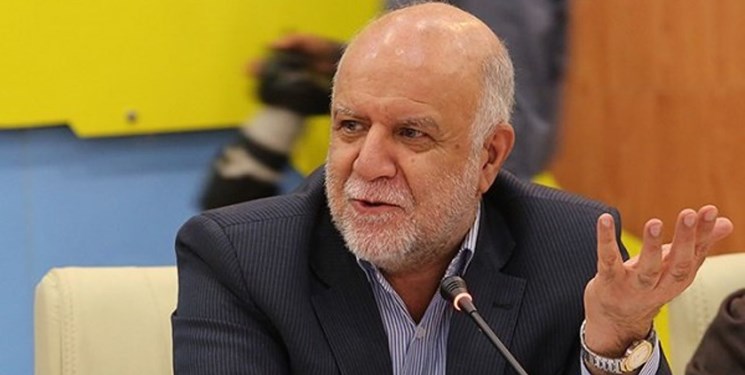 "We have agreed to the change in the basis of production and according to the agreement 400,000 barrels of oil production will increase monthly," he added.

The Iranian oil minister pointed out that a total of 5.8 million barrels will be added to oil production in the coming 15 months.

"OPEC+ should return the amount of production it had reduced to the market," he further said.

In a relevant development in mid-April, the Organization of Petroleum Exporting Countries (OPEC) announced that Iran's crude oil output had raised in March by 6.3% amid the US sanctions.

OPEC tables cited in reports published in mid-April showed that Iran’s crude output had surged by 137,000 barrels per day (bpd) in the month to March 21 compared to similar period leading to February 21 to reach 2.304 million bpd.

The figures, compiled on accounts obtained from secondary sources, showed that Iran had the highest increase in daily crude output among 13 OPEC member states over the studied period.

Iran had produced 3.2% more crude in February compared to January, according to the same figures which showed that the country’s output had reached 2.167 million bpd on February 21.

Production hovered around 2.19 million bpd in the first quarter this year, nearly 10% higher than the previous quarter, the data showed.

Iran has been exempt from a series of cuts to production agreed between OPEC members and endorsed by major non-OPEC producers since early last year.

An OPEC report said that Iran’s oil production rose by 35,000 barrels per day to 2.12 million bpd in February, adding that the country's heavy crude oil price also grew in February from $6.28 to $60.66 per barrel.

According to the report, OPEC crude oil production in February dropped by 647,000 bpd month-over-month to an average 24.85 million bpd.