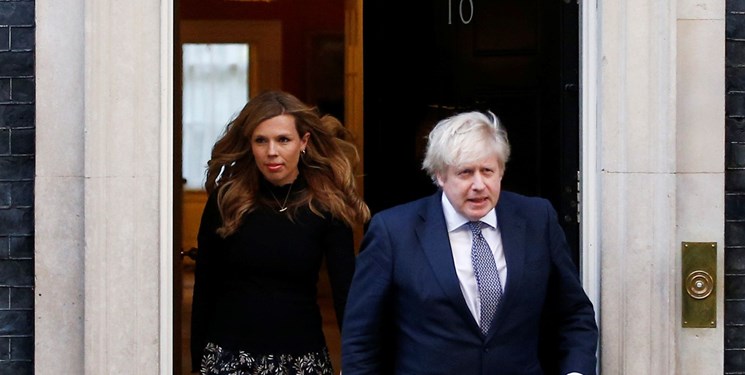 TEHRAN (FNA)- UK Prime Minister Boris Johnson refused to take the country into lockdown in the autumn because “the people dying are essentially all over 80”, according to leaked phone messages.

The WhatsApp chats, passed to the BBC by former No 10 Chief of Staff Dominic Cummings, also show the prime minister saying he did not “buy all this NHS overwhelmed stuff” months before deaths soared to over 1,000 a day.

And in his first interview since leaving No 10, Cummings claimed the PM had to be stopped from going to see the Queen at the start of the pandemic.

Johnson had already been told to avoid contact with the elderly after staff at No 10 had been taken ill.

Downing Street has not questioned the veracity of the leaked messages or denied the claims about the handling of the pandemic – though Johnson’s office says the incident involving the Queen did not take place.

“He [Boris Johnson] said we should never have done the first lockdown, he said that repeatedly in meetings in No 10,” Cummings, who quit in acrimony last year, told the BBC.

“After the first wave passed and after he came back to work, initially his view was essentially, thank goodness we did do that, but very quickly, as The Telegraph and various parts of the media and Tory Party started screaming, he then basically reverted and said, actually the whole thing was a disaster, we should never have done it, I was right in February, we should basically just ignore it and just let the thing wash through the country and not destroy the economy and move on,” he added.

Cummings claimed that Johnson referred to The Telegraph newspaper, which backed his leadership campaign and previously payed him £250,000 a year on top of his politicians’ salary to write a column, as “my real boss”.

Though public and scientific support for strong anti-COVID measures has remained high throughout the pandemic, a section of the Conservative-supporting press and some Tory MPs have pushed back against restrictions at every opportunity.

The former aide stated the prime minister rejected the advice of chief scientific advisor and medical officer Patrick Vallance and Chris Whitty when they told him to lock down hard and early.

“I must say I have been slightly rocked by some of the data on COVID fatalities,” the messages appear to show the prime minister saying.

“The median age is 82 – 81 for men 85 for women. That is above life expectancy. So get COVID and live longer," it continued, adding, “Hardly anyone under 60 goes into hospital (4 percent) and of those virtually all survive. And I no longer buy all this NHS overwhelmed stuff. Folks I think we may need to recalibrate.”

Cummings told the broadcaster, “His [Boris Johnson’s] attitude at that point [autumn 2020] was a weird mix of, er, partly it’s all nonsense and lockdowns don’t work anyway and partly well this is terrible but the people who are dying are essentially all over 80 and we can’t kill the economy just because of people dying over 80.”

It has previously been reported that Johnson stated he would rather the “bodies pile high in their thousands” than order another lockdown – a claim that has not been denied by No 10.

Recounting Johnson’s alleged attempt to visit the Queen when he may have been exposed to COVID-19, Cummings noted, “I said, what are you doing, and he said, I’m going to see the Queen and I said, what on earth are you talking about, of course you can’t go and see the Queen. He said, ah, that’s what I do every Wednesday, sod this, I’m gonna go and see her.”

“You obviously can’t go … I just said if you, if you give her coronavirus and she dies, what are you gonna do? You can’t do that, you can’t risk that, that’s completely insane. And he said, he basically just hadn’t thought it through, he said, yeah, ‘holy s***, I can’t go’,” he added.

A Downing Street spokesperson said, “Since the start of the pandemic, the prime minister has taken the necessary action to protect lives and livelihoods, guided by the best scientific advice", adding, “The government he leads has delivered the fastest vaccination rollout in Europe, saved millions of jobs through the furlough scheme and prevented the NHS from being overwhelmed through three national lockdowns."

“The government is entirely focused on emerging cautiously from the pandemic and building back better,” the spokesperson stated.