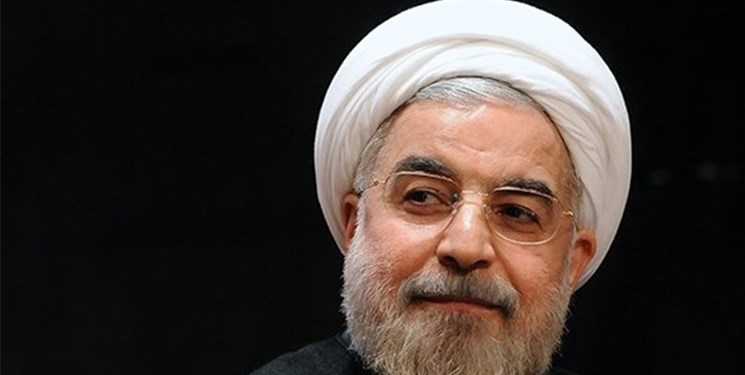 Rouhani in a meeting with Brazilian new envoy to Tehran Laudemar Gonçalves de Aguiar Neto described the relations between Iran and Brazil as good, saying, "The will of the Islamic Republic of Iran has always been to develop relations and cooperation with Latin American countries, including Brazil."

Referring to economic and trade relations, especially exchanges in the field of agriculture between the two countries, he said, "Using all capacities to develop relations will benefit the two nations and the two countries."

Rouhani said that despite the problems caused by US sanctions in recent years, Iran did not allow relations between the two countries to face problems, expressing hope that during the mission of the new Brazilian ambassador to Tehran, the two countries will see further development and strengthening of relations.

Laudemar Gonçalves de Aguiar Neto, for his part, described Brazil's relations with Iran as good and sincere, saying that despite the illegal and unilateral US sanctions against Iran, the two countries have tried to maintain good relations.

The new Brazilian ambassador to Tehran stated that his main goal during his mission in Tehran is to develop and deepen relations between the two countries in all fields. "Increasing the level of cooperation and relations between Iran and Brazil as two important and influential countries in the Middle East and Latin America is essential."

Also in a meeting with Kenyan envoy, President Rouhani described Kenya as a gateway to exporting Iranian products to different African countries.

Pointing to the need to deepen ties between the two states in different political, economic, and scientific fields, Rouhani said Iran and Kenya have good common ground for cooperation.

Wishing success for the new ambassador, Rouhani hoped that bilateral ties would be strengthened under his new term.

Submitting his letter of credence, Joshua I. Gatimu described Iran-Kenya ties as "growing", and said “Boosting ties between the two countries is my first priority as a representative of the Kenyan government in Iran.” 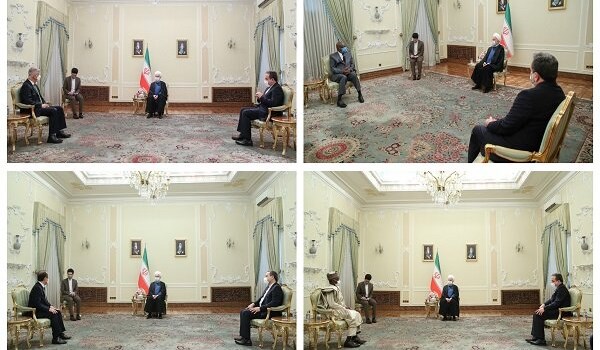 During his meeting with new South Korean Ambassador to Tehran YUN Kanghyeon, President Rouhani said that the Islamic Republic of Iran and South Korea had very good relations, which unfortunately have faced problems in recent years, which we hope will be resolved as soon as possible.

Stating that despite the promises made by South Korea, the banking and financial problems between the two countries still persist, Rouhani added, "We still face problems in purchasing medical and pharmaceutical equipment and facilities and even the coronavirus vaccine in using our property in Seoul banks while it is our clear right to use our financial assets in South Korean banks."

"The financial crisis between Iran and South Korea has had a devastating effect on the Iranian people's trust in South Korea, as the Iranian people have not been able to use their assets in Korean banks during the difficult situation of the coronavirus pandemic. Therefore, I hope that South Korea will be able to compensate for this in future opportunities with redoubled efforts," he added.

Yun Kanghyeon, for his turn, submitted his credentials to Rouhani, saying, "The conditions imposed, which were beyond our control, have affected the relations between Tehran and Seoul, but today I have a special mission to do our utmost to strengthen bilateral relations."

"Although we are waiting for the good results of the negotiations related to the JCPOA, South Korea will not waste time and we are preparing the conditions for the further development of bilateral relations," he added.

Also, in a meeting with Nigeria's new Ambassador Yakubu Santuraki Suleiman, Rouhani pointed to the importance of developing relations between Iran and Nigeria, expressing the hope that the long-standing ties between the two countries would be further enhanced by using the existing capacities.

The two countries have good capacities in the fields of trade, agriculture, science, technology, and especially energy, said Rouhani, calling for using the potentials for the benefit of the two nations.

The Nigerian ambassador to Tehran submitted his credentials to the Iranian President, and stressed Nigeria's commitment to further strengthening relations with Iran, especially in the fields of trade, commerce and agriculture.

Nigeria is eager to expand bilateral relations with Tehran, he said.

The new ambassador said that Nigeria could be a big market for Iranian goods, adding "We welcome the presence of Iranian companies to help develop Nigeria."

Tehran has prioritized promotion of its economic and political ties with the African and Latin American states and the country is now considered as one of the African Union's strategic partners.