WHO Warns About More Dangerous Strain of COVID 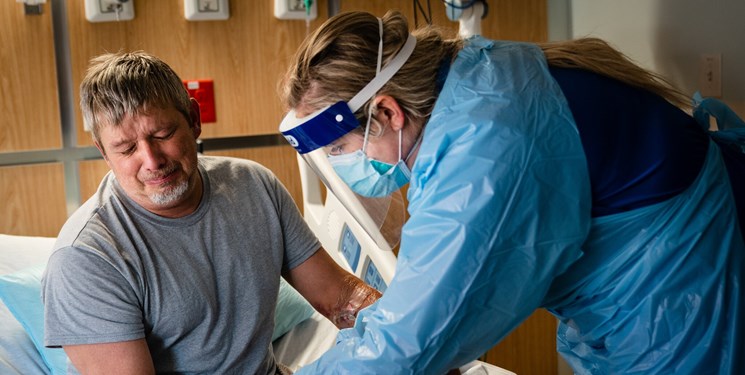 TEHRAN (FNA)- The World Health Organization (WHO) Director General Tedros Adhanom Ghebreyesus warned about the possibility of a new novel coronavirus strain that would be more dangerous than the delta variant.

"The more transmission, the more variants will emerge with the potential to be even more dangerous than the Delta variant that is causing such devastation now," he said, TASS reported.

"And the more variants, the higher the likelihood that one of them will evade vaccines and take us all back to square one," he added.

In his words, the novel coronavirus pandemic is a test, and the global community is failing to cope with it.

"It’s a question I am often asked, and which the people of the world are asking: when will this pandemic end? Indeed, the COVID-19 pandemic has asked us many questions: About ourselves; and about our world," the official stated during his opening remarks at the 138th International Olympic Committee Session.

"The pandemic is a test. And the world is failing," he said.

The chief noted he was sure that the reason why the world is still unable to tackle the pandemic despite having all the necessary instruments is the lack of real political commitments.

"The governments of G20 countries, in particular, must show leadership to ensure the urgent scale-up and deployment of the tools needed to save lives," he said, adding, "If they choose to, the world’s leading economies could bring the pandemic under control globally in a matter of months by sharing doses through COVAX, funding the ACT Accelerator, and incentivizing manufacturers to do whatever it takes to scale up production."

Vaccinating 70% of every country’s population would allow not only to stop the novel coronavirus pandemic, but also to restart the global economy, Ghebreyesus noted.

"Together with the heads of the International Monetary Fund, the World Bank and the World Trade Organization, I have called for a massive global push to vaccinate at least 10% of the population of every country by September, at least 40% by the end of the year, and 70% by mid-next year," the official said, adding, "If we can reach those targets, we can not only end the pandemic, we can also reboot the global economy."

In his words, the world needs 11 billion doses of vaccines to achieve this goal.

The health official made a call to companies and businesses, saying they "have a social responsibility."

"Most vaccines were developed with public funds. Many companies have made commitments to sharing doses, but many of those commitments are yet to be fulfilled," the WHO chief stated, adding that "with so many lives on the line, profits and patents must come second."

"If nations can mobilize the power of industry for war, why can they not do the same to defeat this common enemy?" he continued.

The number of countries and territories, where the highly contagious Delta COVID-19 variant is circulating, climbed by 13 from July 13 to 20, having reached 124, the WHO announced on Wednesday.

According to the WHO weekly epidemiological bulletin, some 124 countries and territories, including 13 of them reported this week, detected cases of the Delta COVID-19 variant.

The WHO emphasizes that the geography of the four strains that were characterized as "variants of concern" (VOCs - Alpha, Beta, Gamma and Delta) continues to expand. The experts claim that the Delta strain will "rapidly outcompete other variants and become the dominant variant globally over the coming months".

Experts reported more and more data indicating the increased transmissibility of the Delta COVID-19 variant compared to the strains that were not classified as VOCs. The WHO noted that the exact mechanism of the surge in transmissibility remained unclear. According to a Canadian study, the risk of death from the Delta variant is 137% higher than from the non-VOCs of COVID-19.

Furthermore, the WHO is concerned about the ongoing worldwide spread of all four VOCs. The Alpha variant, discovered in September 2020 in the UK, was detected as of July 20 in 180 countries (two more than a week earlier). The Beta variant, identified in South Africa last August, is now present in 130 countries (seven more than the previous week), while the Brazilian Gamma variant expanded its geography in seven days from 75 to 78 countries.