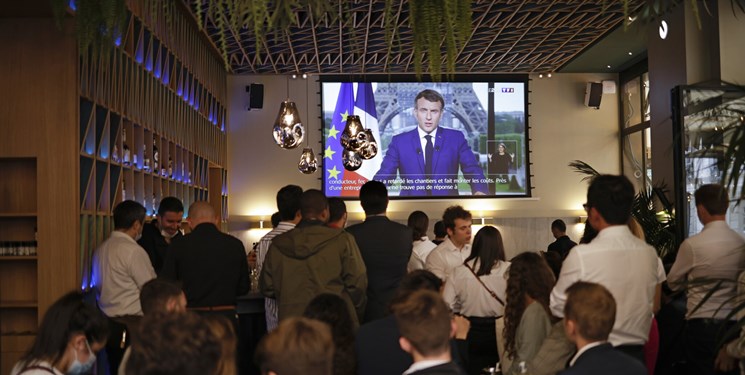 TEHRAN (FNA)- France rolled out a new COVID-19 health pass amid a surge in infections which has prompted warnings the country is in the grip of a fourth wave of the coronavirus pandemic.

From Wednesday, people wanting to visit cinemas, museums, sports matches and other cultural venues will now be required to show proof of vaccination against COVID-19, a negative test, or recent recovery from the virus, Al-Jazeera reported.

The health pass will be extended in August to patrons of restaurants, cafés and shopping centres.

The certification scheme forms part of various new measures announced by President Emmanuel Macron on July 12 to curtail the transmission of coronavirus, representing some of the toughest anti-COVID measures in effect in Europe.

The initial COVID-19 pass rules were implemented by decree. Legislators will get to vote on the planned extension of the scheme to cover other settings.

The health pass came into effect after Health Minister Olivier Veran warned on Tuesday of an unprecedented increase in COVID-19 cases nationwide.

“We have an increase in the spread of the virus of around 150 percent in the last week: we’ve never seen that,” Veran told the French Parliament.

The rising caseload has been fuelled by the rapid spread of the highly infectious Delta variant of the coronavirus, first detected in India.

On Monday, authorities cautioned the uptick meant France had officially entered a fourth wave of infections.

But the government’s response to the crisis has angered sections of French society, with critics saying Macron’s plan infringes on the freedom of choice of those who do not want to be vaccinated against COVID-19.

More than 100,000 people demonstrated across France on Saturday to protest against the health pass, denouncing a “dictatorship” that would discriminate against those opposed to receiving a shot.

The interior ministry announced 137 marches took place nationwide, gathering nearly 114,000 people in total, of which 18,000 were in Paris.

Despite the strength of the protests, an Ipsos-Sopra Steria poll released on Friday found more than 60 percent of people in France agreed with mandatory vaccination for health workers, as well as a requirement for a health pass in some public places.

Some 56 percent of France’s adult population had had a single dose of a vaccine as of Saturday, and 45 percent were fully inoculated.

The government is hoping that widespread vaccination will soften the effect of the ongoing wave of infections, which could yet load considerable strain on hospitals or require new lockdowns.

In a televised address last week, Macron urged all of his compatriots to get vaccinated as soon as possible to fight the resurgence in infections, which is threatening the country’s economic recovery from the pandemic.

“The country is facing a strong resumption of the epidemic touching all our territory,” Macron stated, speaking against the backdrop of the Eiffel Tower.

“We must go towards vaccination of all French people, it is the only way towards a normal life,” he added.