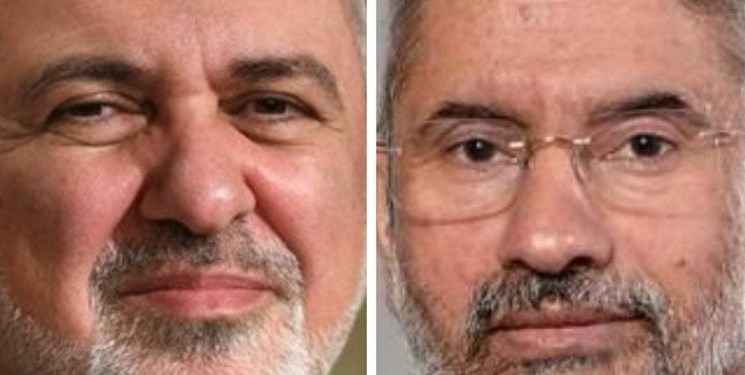 TEHRAN (FNA)- Iranian Foreign Ministers Mohammad Javad Zarif and his Indian counterpart Subrahmanyam Jaishankar in a telephone conversation on Wednesday underlined the need for an immediate peaceful solution to the current crisis in Afghanistan.

During the phone talk today, Zarif and Jaishankar called on the international organizations to help resolve and prevent further displacement of Afghan people.

The Iranian and Indian foreign ministers called for an immidiate political solution to Afghanistan crisis.

In a relevant development last week, former Afghan President Hamid Karzai in a virtual meeting hosted by Tehran blasted the US military presence in Afghanistan for its adverse effects on that country.

Karzai made the remarks in an online meeting hosted by Iran and dubbed "Afghanistan, Sustainable Peace and Security".

"The United States entered our country in 2001 under the pretext of 9/11, and the international community accepted the presence of foreigners in our country. Although the United States made progress in some fields, it has suffered setbacks on the military and counterterrorism fronts, and the counterterrorism work contradicted their announcements and instead strengthened terrorism. Now, after 20 years, the withdrawal of the Americans is taking place in such a way that new terrorist groups have emerged and the people of our country have been oppressed," the former Afghan president said.

He reiterated that the meeting held in Tehran is an important step in this regard.

"We thank the Iranian brothers and hope that the ongoing negotiations in Qatar will have the favored result for the people of Afghanistan," he said.

Mousavi who has just returned from Kabul, wrote on his twitter page that Afghanistan has no way out but dialogue, understanding, compromise, forgiveness, closing eyes to the past and looking into the future.

The Iranian diplomat added that he had just returned home from Kabul, expressing concern about what was happening to Afghanistan.

“Opportunities pass like clouds. The opportunity of peace must be taken today, not tomorrow, as it might be late,” he added.

In  meeting with Abdullah earlier this week, Mousavi stressed the need for increased efforts to prevent civil war among Afghan groups.

"Iran supports putting an end to the situation in Afghanistan and resolving the crisis through dialogue," the Iranian diplomat said.

Abdullah, for his part, appreciated Iran for supporting the Afghan peace process, terming regional states’ cooperation in peace and stability as significant.

He said that war is not the solution, adding that no side can benefit from the continuation of the conflicts in the country.

"We have always called for a peaceful solution to our differences and abide by our commitment, but we do not allow anyone to force their will on us," Abdullah further noted.

Last week, the militant group claimed that it had seized control of 85 percent of Afghan territory, a declaration government officials dismissed as part of a propaganda campaign.

The Afghan leaders participating in Tehran meeting in a statement underlined the need for ending war and conflicts to resolve the crisis in the country, hailing Tehran's efforts to this end.

The statement issued in 6 paragraphs was confirmed by the officials of the Afghan government and the Taliban political leaders who attended the second day of intra-Afghan talks in Tehran.

During the first round of intra-Afghan talks in Tehran earlier this month, Iranian Foreign Minister Mohammad Javad Zarif expressed the Islamic Republic of Iran's readiness to support the process of intra-Afghan peace talks in order to resolve the current conflicts and crises in Afghanistan.