Envoy Underlines Iran's Solidarity with Cubans against US Pressures 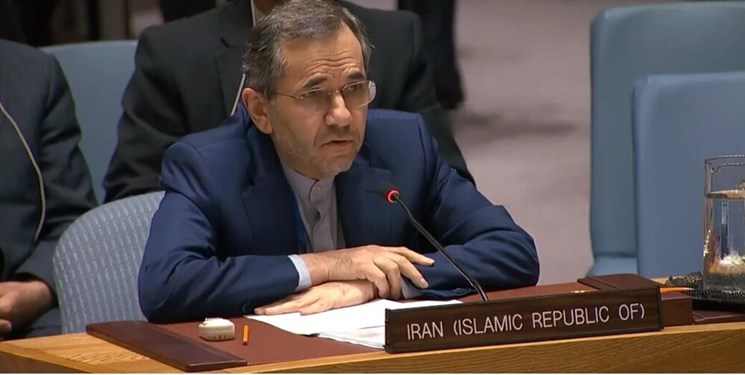 TEHRAN (FNA)- Iran's Ambassador and Permanent Representative to the United Nations Majid Takht Ravanchi stressed that his country will stand beside the Cuban nation against the US enmities and pressures.

Takht Ravanchi underscored Iran’s “decisive support” for Cuba in the face of pressure by the US, which is increasing its interventionist actions targeting the Latin American nation.

He made the remarks on Wednesday, addressing an extraordinary meeting of the Non-Aligned Movement (NAM).

“The Islamic Republic announces its solidarity with the Cuban people and government in the fight against the US’s actions,” Takht Ravanchi said.

The Iranian envoy pointed to the hostile and provocative nature of the US’s policies concerning Cuba, saying the approach amounted to clear violation of the basic norms and principles of the international law. Such approach, he added, also worked to undermine the human rights and democracy.

The ambassador noted how the US has been using similar approaches towards some other NAM countries too, including Iran, against which Washington has been deploying the harshest of punitive measures.

These measures “seek nothing but to weaken the will power and independence of the [targeted] countries,” he said.

Takht Ravanchi, therefore, urged NAM to work towards developing of “better ways” to confront America’s pressure and its violation of the international law and the UN’s resolutions.

Also on Wednesday, Foreign Minister Javad Zarif spoke with his Cuban counterpart Bruno Rodriguez on the phone, dismissing whatever instance of foreign intervention in the country’s internal affairs.

Cuba has been suffering for endless decades under American economic sanctions and political pressure that have been seeking to punish the country for its refusal to submit to the US’s meddlesome and overbearing policies.

Currently, the country is going through unrest apparently triggered by the dire economic conditions that have been brought about by the coercive measures. Amid the situation, Washington has announced a plan to increase the number of the diplomatic staff at its embassy in Havana in, what observers say, seeks nothing but to reinforce America’s interventionist approach towards Cuba.