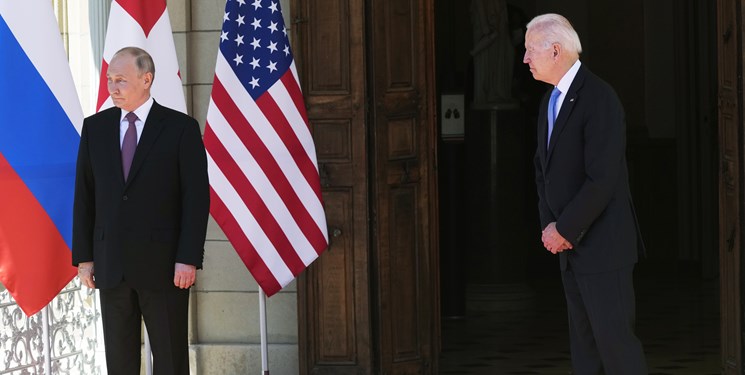 TEHRAN (FNA)- Russian-American relations have approached a dangerous confrontational threshold, the Russian Foreign Ministry said in a statement, adding that Washington’s pressure will be met with unwavering opposition from Moscow.

The statement was adopted Wednesday after a meeting of the foreign ministry’s board, led by Russia’s top diplomat Sergey Lavrov, TASS reported.

"It was noted during the discussion that bilateral relations had approached a dangerous confrontational threshold through the fault of Washington, who have provoked an unprecedented escalation between our states over the recent years. Russia is subjected to unprecedented pressure that the US pulls its allies into, introducing a strong ideological component to the standoff with Moscow. This line by Washington, which blatantly violates international law, will continue to come up against unwavering opposition as far as protecting Russia’s legitimate interests goes," the ministry said.

At the same time, the meeting emphasized that the June summit between Presidents Vladimir Putin and Joe Biden in Geneva opens up opportunities for restoring a constructive dialogue in certain spheres where interests overlap, and among them are "strategic stability, cybersecurity, climate agenda, the Arctic and facilitating the settlement of regional conflicts".

"Naturally, such cooperation could only be successful under the condition of adherence to principles of mutual respect, equality, and non-interference in internal affairs," according to the foreign ministry.

The ministry Board also determined the priority directions to further build relations with the US, the statement added.