US VP Under Water with 47% Unfavorable Rating in A Poll 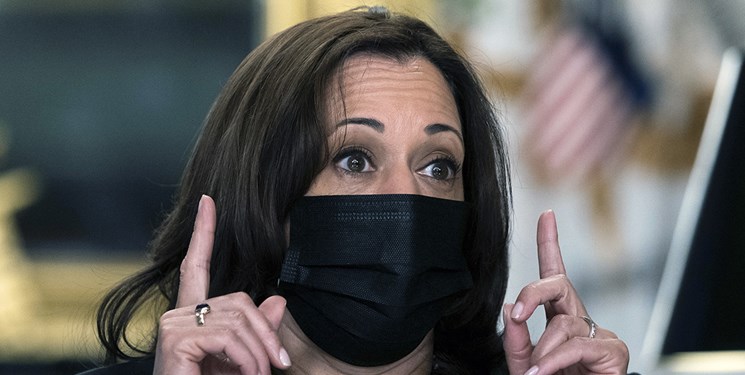 Forty-seven percent of registered voters polled had an unfavorable view of Harris, compared to 45 percent who had a favorable view, the survey found.

Harris’s popularity has decreased from the June Morning Consult-POLITICO poll that showed her breaking even at 46 percent favorable to 46 percent unfavorable. She faced intense criticism over her trip late last month to the Southern border, where she opted to not go to the Rio Grande Valley or another area facing the brunt of the migration crisis.

Instead, she traveled to El Paso, Texas, made no policy announcements, and declared the appearance productive. Her visit followed scrutiny after she laughed at a question while in Guatemala about why she had not visited the border, pointing out that she also had not gone to Europe.

Her rocky few months in office has also been met with scandals over staff departures and criticism over her work pushing through voting rights legislation.

Overall, the vice president is more well-liked among men than women.

Forty-eight percent of men surveyed said they have a favorable view of Harris, compared to 47 percent who had an unfavorable view.

Only 43 percent of women polled viewed Harris favorably, compared to 47 percent with an unfavorable view.

Harris is the most well-liked among people ages 35 to 44. Fifty-five percent of members of that demographic in the survey view her favorably, compared to 35 percent with an unfavorable view.

Among people ages 18 to 34, half viewed her favorably and 36 percent viewed her unfavorably. People ages 45 to 64 and 65 and higher have less favorable views of Harris, with just 41 percent of respondents in those age groups viewing her favorably.

The lowest favorability for Harris comes from Republican women. Only 3 percent of GOP women surveyed said they view her favorably, as did only 6 percent of all Republicans polled, and only 11 percent of Republican men polled.

Harris has been the main focus of Republicans on the campaign trail, who are zeroing in on Harris as a political target over Biden. Lawmakers, while campaigning for the midterms, have criticized her about immigration, as well as her work on voting rights.

Among black voters, 78 percent of respondents view her favorably. She also has a high favorable rating among urban voters polled, at 61 percent, while only 34 percent of rural respondents favor her.