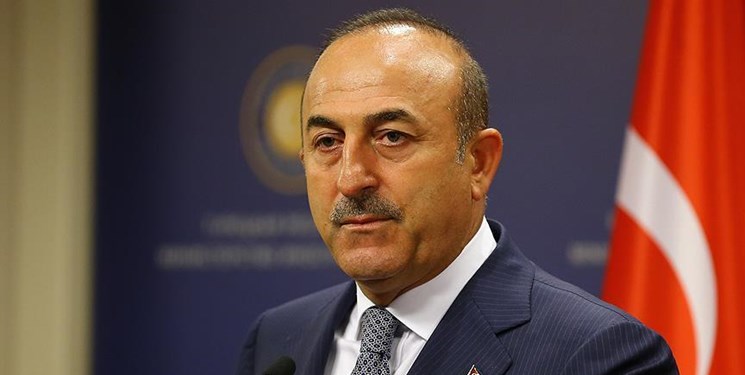 TEHRAN (FNA)- The European Union has long since lost its credibility on the Cyprus issue, Turkey’s foreign minister said Thursday.

When Turkish Cypriots supported a plan for the island drafted in 2004 by then UN Secretary-General Kofi Annan but Greek Cypriots rejected it, the EU failed to keep its promises to Turkish Cyprus but rewarded the Greek Cypriots with membership in the bloc, said Mevlut Cavusoglu, Anadolu news agency reported.

This erased the EU’s credibility on the issue, Cavusoglu told reporters in the city of Antalya on Turkey’s Mediterranean coast.

The visit to the Turkish Republic of Northern Cyprus (TRNC) Tuesday by Turkish President Recep Tayyip Erdogan marked July 20 – the 47th anniversary of Turkey’s 1974 Cyprus Peace Operation to protect Turkish Cypriots from violence – as well as the TRNC’s Peace and Freedom Day, he added.

Underlining the special bonds between the two countries, Cavusoglu said, “We, as both the motherland and guarantor country [for Cyprus], fulfill our responsibilities without hesitation to protect the TRNC’s rights to hydrocarbon reserves and the Eastern Mediterranean”.

Negotiations over the Cyprus issue have lasted for 53 years without any result, he said, accusing the Cypriot Greeks of derailing the talks each time.

Against this background, Cypriot Greeks have been rewarded while Cypriot Turks were punished, Cavusoglu said.

Cyprus has been mired in a decades-long dispute between Greek and Turkish Cypriots, despite a series of diplomatic efforts by the UN to achieve a comprehensive settlement.

Ethnic attacks starting in the early 1960s forced Turkish Cypriots to withdraw into enclaves for their safety.

In 1974, a Greek Cypriot coup aimed at Greece’s annexation led to Turkey’s military intervention as a guarantor power to protect Turkish Cypriots from persecution and violence. The TRNC was founded in 1983.

It has seen an on-and-off peace process in recent years, including a failed 2017 initiative in Switzerland under the auspices of guarantor countries Turkey, Greece and the UK.

The Greek Cypriot administration entered the EU in 2004, the same year that Greek Cypriots thwarted the UN’s Annan Plan to end the decades-long dispute.