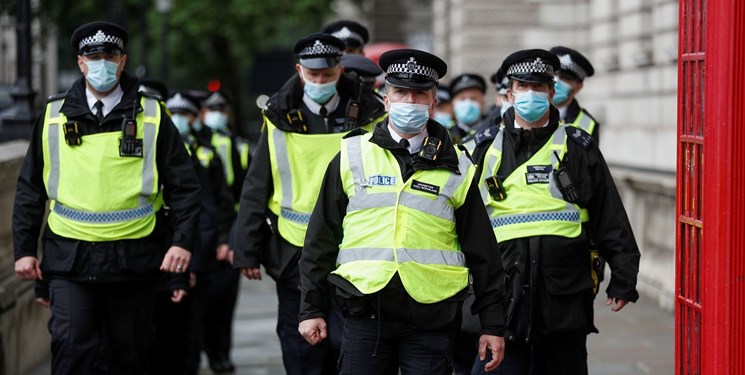 TEHRAN (FNA)- The Police Federation of England and Wales insist they no longer have confidence in Home Secretary Priti Patel, deeming the pay freeze a "smack in the face".

John Apter, National Chair of the Federation said members have been let down by the Home Secretary's "warm words" and lack of action, The Daily Mirror reported.

"This weeks pay announcement essentially amounts to a pay cut. It is an insult to the thousands of brave men and women who do so much for their communities," he said..

In a written ministerial statement to the Commons Wednsday, Patel said police officers earning more than £24k would be hit by the pay freeze, and officers earning less will be given an annual rise of £250.

She said, "This is in order to ensure fairness between public and private sector wage growth, as the private sector was significantly impacted by the COVID-19 pandemic in the form of reduced hours, suppressed earnings growth and increased redundancies, whilst the public sector was largely shielded from these effects."

Fed up of the Home Secretary's "warm words", Apter said, adding, "At the beginning of this pandemic they endured PPE shortages and were not even prioritised for the vaccination."

"They continue to be politicised and this pay announcement is the final straw," he said.

"As the organisation that represents more than 130,000 police officers I can say quite categorically – we have no confidence in the current Home Secretary. I cannot look my colleagues in the eye and do nothing," he added.

"For too long PFEW has also been forced to enter into an unfair pay process with the odds weighted firmly in the favour of the Government," he said.

"As the undisputed voice of policing we say this to the Home Secretary: you cannot pat our members on the back for their heroic efforts with one hand, while effectively taking their pay with the other. Warm words are no longer enough," Apter said.

Thomas-Symonds said, "Priti Patel has badly let down police officers, who have served our country so bravely throughout this pandemic."

"A zero percent pay offer is completely unacceptable - it is a real terms pay cut, exposing the hypocrisy of a Conservative Government that gives warm words of praise to the police and refuses to back it up with action," he said.

It comes as the National Police Chiefs’ Council (NPCC) said the Government’s decision will make many officers feel “undervalued” and would be a “hard pill to swallow”.

NPCC chairman Martin Hewitt said, "Police teams have done exceptional and extraordinary work in the pandemic at a personal risk to them and their families. For many it will feel unfair and that their contribution is undervalued."

"In real terms, officers' pay lags behind where it stood in 2010, and it is out of step with current rises in the cost of living," Hewitt added.

A Home Office spokesperson said, “The Home Secretary has demonstrated her commitment time and time again to supporting the brave police officers who keep us safe, giving them the resources and powers they need to fight crime and protect the public.

“We are recruiting 20,000 extra officers, 8,771 already in place, increased taxpayer funding for policing by up to £600mln and gave forces £200mln to meet unforeseen costs of the pandemic. This is in addition to enhancing protection of the police, increasing sentencing for assaulting officers and investment in equipment," the spokesperson added.

“The economy has been significantly impacted by the pandemic, with pressures on public finances and we must protect jobs and ensure fairness,” the spokesperson said.