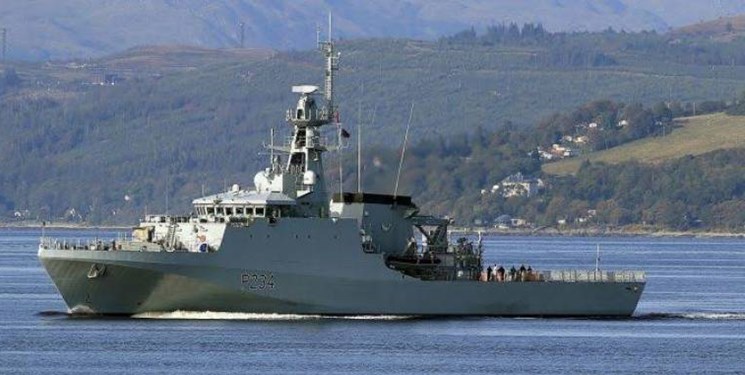 Foreign Ministry Spokesperson Zhao Lijian told reporters on Thursday that the Chinese government respects freedom of navigation and overflight in its surrounding waters, something it said is "enjoyed by all countries in accordance with international law", RIA Novosti reported.

At the same time, Zhao pointed out that Beijing "firmly opposes the practice of flexing muscles at China", adding that London's drive to send warships to Asia "undermines China's sovereignty and security, and harms regional peace and stability".

The deployment of HMS Spey and HMS Tamar, the Royal Navy's new River-class offshore patrol vessels, aims to support operations with Australia, Japan, and Singapore, as well as presumably the United States, according to Wallace.

He announced the decision after a meeting with Prime Minister Yoshihide Suga and Defence Minister Nobuo Kishi of Japan, stressing that London and Tokyo had a duty "to protect those that are unable to protect themselves from adversaries that will threaten them".

The Queen Elizabeth carrier strike group is due to sail through contested waters in the South China Sea, that aside from Beijing are claimed by a number of countries, such as the Philippines, Brunei, Malaysia, Taiwan, and Vietnam.

Touting the strike group's Indo-Pacific mission in late April, Defence Secretary Wallace stressed that it "will be flying the flag for Global Britain - projecting our influence, signalling our power, engaging with our friends, and reaffirming our commitment to addressing the security challenges of today and tomorrow".

His latest remarks come after UK Prime Minister Boris Johnson presented the country's new foreign policy review to British lawmakers in late March, a document that specifically dubbed the Indo-Pacific region as "increasingly [becoming] the geopolitical centre of the world".

The review also argued Beijing's increasing power and assertiveness are likely to become the main "geopolitical factor" of the current decade, urging Britain to make more efforts to adapt to China's growing impact on the world.