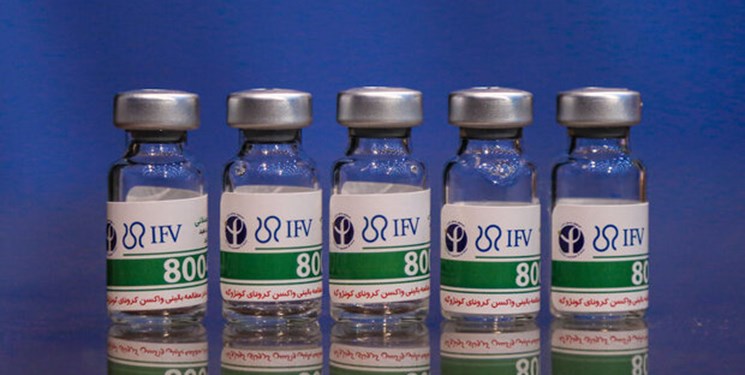 TEHRAN (FNA)- Head of Pasteur Institute of Iran Alireza Biglari said on Tuesday that the coronavirus vaccine jointly produced by Iran and Cuba has proved totally efficient in preventing deaths resulting from the disease.

“By injecting 2 doses of the vaccine, the safety reached 65% and it was increased to 91% by injecting the booster dose. So the vaccine is 70% effective in preventing infection and 100% efficient in preventing death, and it has attracted global attention,” Biglari said in a meeting with Director-General of the Finlay Institute of Vaccines Vicente Veréz Bencomo in Tehran on Tuesday.

He added that the Pasteurcovac vaccine (jointly produced by Iran and Cuba) has been given to 24,000 subjects in each of the several cities tested in Iran, and a total number of 68,000 people have received 2 doses of the vaccine.

"This month and in early September, the results of the clinical trial of the vaccine will be obtained and we will provide the information to the World Health Organization, and will be able to receive its approval,” Biglari said.

In relevant remarks on Monday, Iranian Health Minister Saeed Namaki said that the vaccine jointly produced by Iran and Cuba has shown high efficiency in fighting against the coronavirus epidemic.

The joint vaccine of Iran and Cuba can be considered as one of the most successful vaccines in the world, Namaki said.

He referred to his meeting with Bencomo, and said, "In this meeting, we exchanged viewpoints over the joint vaccine produced by the Cuban Finlay Institute and the Pasteur Institute of Iran."

The joint vaccine of Iran and Cuba can be considered as one of the most successful vaccines in the world, Namaki said.

He added that fortunately, after a long hiatus by those who were supposed to give us the vaccine, the vaccination process in the country is progressing rapidly.

"We have taken comprehensive measures in the field of vaccines, concluded contracts, and significantly pursued domestic vaccine production", he said, adding, "Although sometimes it faced ups and downs, fortunately, the home-made vaccine showed good results and effects."

“3 million doses of vaccine will be delivered to the health ministry by the end of Summer, but after boosting the capacity, we hope to increase production by 2 to 3 times in early fall,” Mostafavi said.