Deputy IRGC Commander: Military Action No More An Option for Enemies against Iran 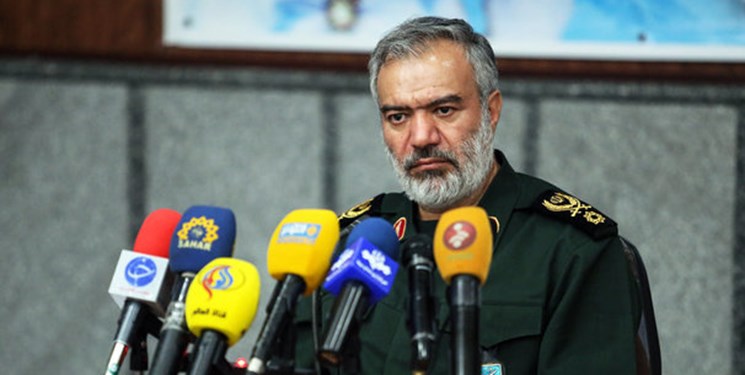 TEHRAN (FNA)- Deputy Commander of the Islamic Revolution Guards Corps (IRGC) Rear Admiral Ali Fadavi said that military action is no more an option for the plots hatched by enemies against Iran.

“At present, the enemy does not even think of military action and now, the IRGC forces in the provinces do not have any concerns in this regard,” Rear Admiral Fadavi said, addressing a ceremony in the Northeastern province of North Khorassan on Wednesday.

He added that the IRGC forces are now focused on solving social and economic problems in the provinces and are making progress in this regard.

In relevant remarks on Tuesday, IRGC Commander Major General Hossein Salami said that military option has been excluded from enemies’ policies towards Iran due to the country’s might and power.

“Despite all of their plots and contrivances, the enemies of the Iranian nation have found out today that [issuing] military threats against us is useless,” Major General Hossein Salami said, addressing a meeting in the Western province of Kermanshah.