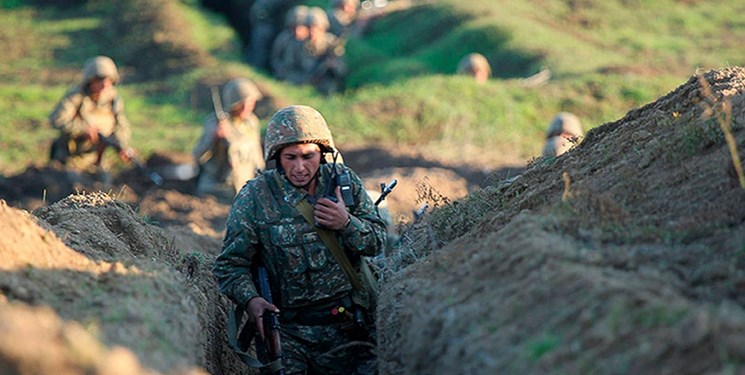 TEHRAN (FNA)- Azerbaijan’s armed forces have opened fire on Armenian positions in the Northeastern sector of the border, killing three Armenian servicemen and wounding two as a result, the press service of the Armenian Defense Ministry reported on Wednesday.

"As a result of shelling on the part of Azerbaijan’s armed forces, three Armenian servicemen were killed in the border areas of Armenia," the statement by Armenia’s Defense Ministry said, TASS reported

"Two were wounded. Armed clashes are underway," it added.

Several hours earlier, the Azerbaijani Ministry of Defence announced that two of its soldiers had been wounded as a result of small arms fire in the Kalbajar region, according to Sputnik.

The situation at the Armenian-Azerbaijani border has been tense since mid-May. Then the Armenian Defense Ministry stated that the Azerbaijani armed forces entered Armenian territory, breaching Armenia’s state border.