Report: Washington Has No Plans to End Illegal US Military Presence in Syria 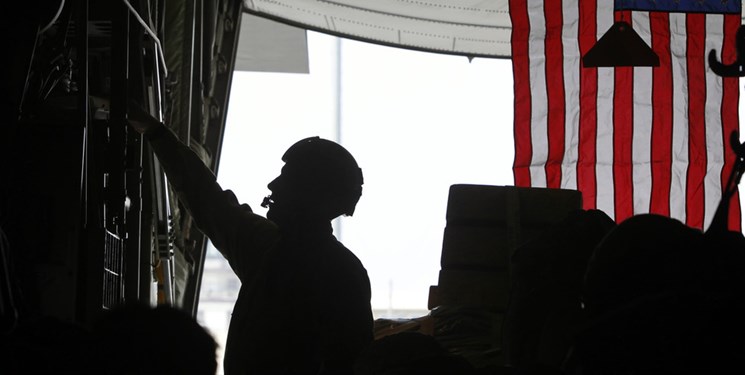 TEHRAN (FNA)- The administration of President Joe Biden is pulling all American troops out of Afghanistan and formally transitioning to an advisory role in Iraq, but the US military operation in Syria has seen no changes — and American officials expect hundreds of troops to remain in the country for the foreseeable future, POLITICO reported.

Disregarding earlier claims to end America’s “forever wars” in the Middle East, Washington, officials say, has no plans to withdraw American forces from Syria, whose government has denounced the US military’s presence and operations on its soil as illegal.

A senior Biden administration official was quoted by the news outlet as saying that roughly 900 US forces will remain in Syria to continue supporting and advising the so-called Syrian Democratic Forces (SDF) to fight Daesh (ISIS or ISIL) terrorist group.

“I don’t anticipate any changes right now to the mission or the footprint in Syria,” the US official told POLITICO on the condition of anonymity.

“In Syria, we’re supporting Syrian Democratic Forces in their fight against ISIS,” the senior administration official claimed, adding, “That’s been quite successful, and that’s something that we’ll continue.”

The remarks came a month after the US announced it would maintain its troop deployment in energy-rich Northeastern Syria and prop up SDF militants against the Damascus government, which has been engaged in a heavy battle against terrorists since the onset of the Syrian crisis in 2011.

“There is no clean, safe, uncontroversial way to leave, and Biden seems to have made clear he doesn’t want to have to handle unnecessary crises in Syria when he has bigger things on his plate,” noted Aron Lund, a fellow at the Century Foundation.

The report about US troop deployment in Syria comes amid an ongoing controversy over US military presence in Iraq.

Biden and Iraq’s Prime Minister Mustafa Al-Kadhimi announced on Monday that the US mission in Iraq will transition from combat to “advisory” role by the end of the year.

“The delegations decided, following recent technical talks, that the security relationship will fully transition to a training, advising, assisting, and intelligence-sharing role, and that there will be no US forces with a combat role in Iraq by December 31, 2021,” the two countries announced in a joint statement on Monday.

Later, US State Department’s Deputy Spokesperson Jalina Porter confirmed previous reports that the US military’s presence in Iraq was not “expected to change” despite Baghdad’s insistence on the withdrawal of all American troops.

“The key point here is that we agreed with the Iraqis that US forces, military forces, will remain in Iraq to focus on training, enabling, and advising our Iraqi partners,” Porter said at a press briefing on Tuesday.

Lund added Syria is one reason why leaving Iraq and ending the presence there is seen as problematic.

While the US military’s declared mission in Iraq has been to help local forces fight Daesh terrorists, in reality, according to a defense official, “No American troops have accompanied local forces on combat patrols for over a year in either Iraq or Syria.”

On the other hand, the US has repeatedly targeted the positions of Iraq’s Popular Mobilization Units (PMU), which is the largest coalition of Iraqi resistance groups that played a key role in Iraq’s 2017 victory against Daesh.

Iraqi resistance groups, for their part, have stepped up efforts in recent months to push the US out of their country over its destabilizing activities.

Back in January 2020, the US conducted a drone strike that assassinated Iran's leading anti-terror Commander Lieutenant General Qassem Soleimani along with Deputy Commander of the PMU Abu Mahdi Al-Muhandis. The assassination prompted the Iraqi Parliament to demand the expulsion of all foreign-backed US forces from the country.