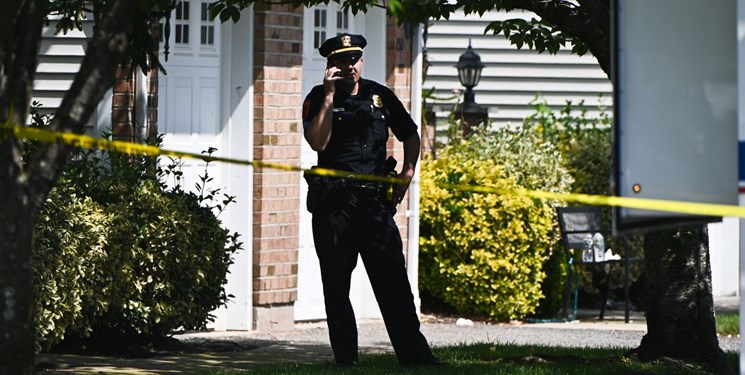 TEHRAN (FNA)- Two Atlanta police were taken off the streets this week after video went viral which appears to show an officer kicking a handcuffed woman in the face as his partners look on impassively.

The woman’s family said the video, recorded on Monday by a neighbour and first posted on the social media page of the crowd-sourced news organisation ATLUncensored, left them “speechless”, The Independent reported.

“It was a woman down on the ground in handcuffs. I am totally horrified,” her aunt, Nell Gibson, told a local CBS affiliate, adding, “I’m speechless. Not only that, it’s a police officer.”

Gibson also said that the woman had mental health issues and may not have been taking her medication.

“Ashley does have some mental health problems. We thought she was off her meds because she’s been acting kind of off,” Gibson added.

The officer who kicked the woman, a sergeant, has been placed on unpaid suspension, while the other closest to the incident has been put on administrative duty, the Atlanta Police Department said in a statement on Tuesday.

“Upon reviewing the video, the actions of the sergeant appear to be unacceptable and we are also concerned with the apparent lack of reaction from another officer present during the incident,” the APD wrote.

“The actions of those in the video appear to fall outside our standards and training. However, it is important for the Office of Professional Standards to conduct a thorough investigation to determine the facts surrounding this incident,” the APD added.

The encounter began on Monday afternoon in the Summerhill neighbourhood, where police responded to a call about a woman walking around the area and pointing a gun at several people. Officers eventually located and detained her, and requested she go to the hospital for a mental health evaluation, before returning her to her family without making any criminal charges.

Not before APD abused her multiple times, though, according to the as-yet anonymous woman who recorded the video.

“She was spitting at the officer and then she had already spit on him once before but it didn’t get on him, so she spit on him again and it got on his boots and that’s when he decided to kick her in the face,” she told the CBS affiliate.

The officers, all of whom appear to be people of colour, also allegedly kicked the woman down a hill.

The Independent has reached out the APD for further details, such as the names of the officers involved, which have yet to be released.

The video is the latest high-profile incident involving the APD in the last year. Heavily armed police and National Guard troops used tear gas and other riot weapons on protesters over the summer during Black Lives Matter protests about the killings of George Floyd and Breonna Taylor, and multiple officers were fired after they dragged a pair of college students out of their vehicle when they were stuck in protest-related traffic.

In June, Atlanta’s police chief resigned after an officer fatally shot Rayshard Brooks, a Black father of four, as he ran away from officers after failing a sobriety test.

The killing inspired another round of protests, and Garrett Rolfe, the officer who killed Brooks, may be reinstated, after a city panel concluded his firing didn’t following municipal rules.