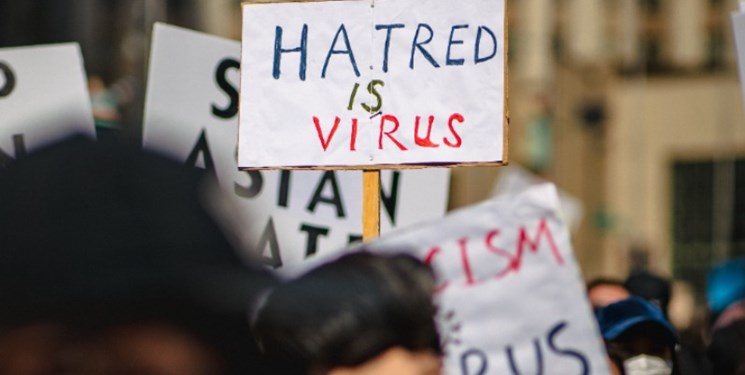 TEHRAN (FNA)- Hate crime laws are inconsistent across the US, creating gaps in both enforcement and quantifying the issue, according to a report from civil rights groups released on Wednesday.

The report from the Movement Advancement Project, made up of over a dozen organizations, finds that hate crime laws “vary widely in their response to hate violence, leading to a complex patchwork of policies and protections across the nation", The Hill reported.

The report also found varying requirements for data collection and law enforcement training among hate crime laws, leading to "incomplete and inconsistent efforts in understanding the true scope of hate violence and responding effectively to it".

The discussion of hate crime has gained new momentum amid reported spikes in both antisemitic and anti-Asian bias.

Advocates warn that the coronavirus pandemic in particular has led to a worrying rise of hate incidents against the Asian American and Pacific Islander community.

The FBI announced in November that the number of hate crimes reached 7,314 in 2019, coming close to a record reached in 2018.

Forty-six states, the District of Columbia, Puerto Rico and the US Virgin Islands all have their own hate crime laws, according to the report.

A core element of all these laws are sentencing enhancements for criminal punishment, though there is “little evidence” that such enhancements deter crime.

Nearly all these laws cover race, ethnicity and religion, though there is “considerable variation” when it comes to hate crimes towards others based on disability, sexual orientation, gender identity and age.

The report further warned of what it referred to as “abuse” of hate crime laws. Six states have passed legislation protecting police officers under hate crime laws, despite the fact that all 50 states have separate statutes punishing violence against police.

The groups called on policymakers to shift focus by reducing the vulnerability of certain communities to hate crimes, working to prevent violence in the first place and working to better support victims of hate crimes.