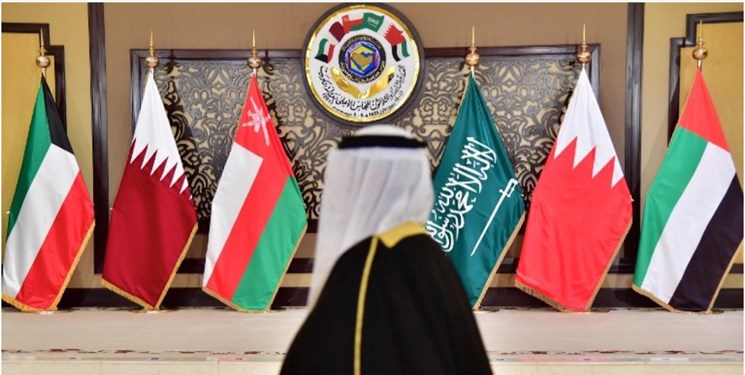 TEHRAN (FNA)- Iran on Sunday criticized the Persian Gulf Cooperation Council (PGCC) Secretary-General Nayef bin Falah Al-Hajraf for his recent claim that the regional and missile issues should be discussed in talks between Tehran and the world powers in Vienna, describing the statement as an indication of his lack of knowledge.

"The repetition of these strange claims shows their lack of accurate knowledge of developments in West Asia and their incomplete understanding," Foreign Ministry Spokesman Saeed Khatibzadeh told reporters in a press conference in Tehran. 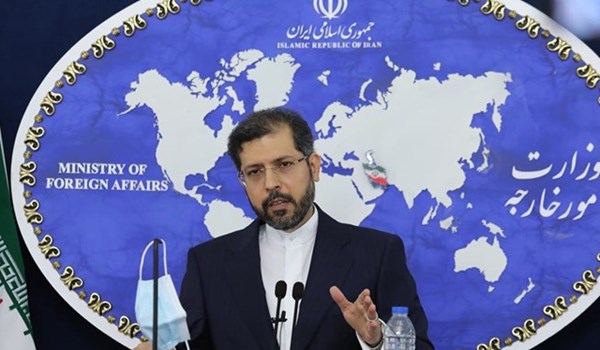 "What is going on in Vienna is how the United States will return to its commitments, in return for which Iran will fulfill its obligations in full and has nothing to do with regional developments," he added.

In relevant remarks on Wednesday, Iranian Ambassador and Permanent Representative to Vienna-Based International Organizations Kazzem Qaribabadi lashed out at Washington for setting conditions for lifting sanctions against Tehran, and reiterated Iran’s opposition to holding talks on irrelevant issues.

Qaribabadi made the remarks in an interview published on Ayatollah Khamenei’s official website, Khamenei.ir.

He referred to the warning issued by Ayatollah Khamenei on Wednesday, during the Leader’s last meeting with the outgoing Iranian administration’s officials.

Qaribabadi went on to offer some details about the controversial provision and the reasons why it was completely unnecessary.

This is while there is no need for either, the envoy said.

The nuclear deal has its own timetables that ensure implementation of its purposes, he said, adding the other demand runs strictly counter to the talks’ agenda too.

Therefore, the Iranian side roundly rejected the proposal since this insistence “showed that they still consider the nuclear agreement to be a bridge enabling their interference in irrelevant issues such as Iran’s missile work and its regional affairs,” noted the diplomat.

“The purpose they seek through this is to start addressing these [irrelevant] issues [on various occasions] and consider them to be indivisible parts of the nuclear deal, and [therefore] lay the groundwork for their interference in these areas,” Qaribabadi wrote.

Thus, wherever, the Western side stopped short of its goals, it would be able to start blaming Iran and begin trying to put it under more pressure, he cautioned.

The official echoed the Leader’s remarks during the Wednesday meeting that such insistence on the part of the Americans had come while they, themselves, had “refused to retrace even one step towards reversing their adversarial stance concerning Iran.”

Among many other things, the diplomat said, they conditioned the lifting of some of the sanctions and the removal of Iran’s Islamic Revolution Guards Corps (IRGC) from their so-called blacklist on Iran’s resigning itself to the provision.

Neither did they agree to recognize an overdue end to an embargo on sales of conventional weapons to Iran, nor approve of lifting their bans on more than 500 Iranian natural and artificial persons, the envoy also underscored.

Qaribabadi went on to delineate Iran’s counter-approach in the face of the West’s attempted inroads.

He said that during the whole time while the West had been either violating its commitments to the deal or trying to bring Iran under new pressure, the positions adopted by the country’s Islamic establishment and a law ratified by the Parliament mandating further remedial nuclear steps on the part of the Islamic Republic had, in turn, improved the country’s standing in the talks.

Now, faced with the West’s new pressure tactics, the country would try, on the one hand, to guard its improved standing, and advance its interests on the other, Qaribabadi said.

Towards the purpose, the country would never lose sight of the fact that it was the US that began compromising the JCPOA in the first place, “so care should be exercised for the complainant and the defendant’s rolls not to be switched here,” the envoy added.

Besides, the Islamic Republic prioritizes insistence on the practical and verifiable removal of the sanctions on its agenda, and also tries to ensure that the US would never be able to redeploy the sanctions weapon against it either, he said.

Thirdly, Tehran would resolutely stand by its assertion that neither the talks nor the nuclear deal are allowed to feature any irrelevant subject matters such as Iran’s defensive missile program or its regional influence, the envoy said.

“No Iranian official or institution stands against achievement of a good deal that would bring about practical removal of the sanctions. However, given the past experience, one should tread more vigilantly and more perceptively,” Qaribabadi said in conclusion.