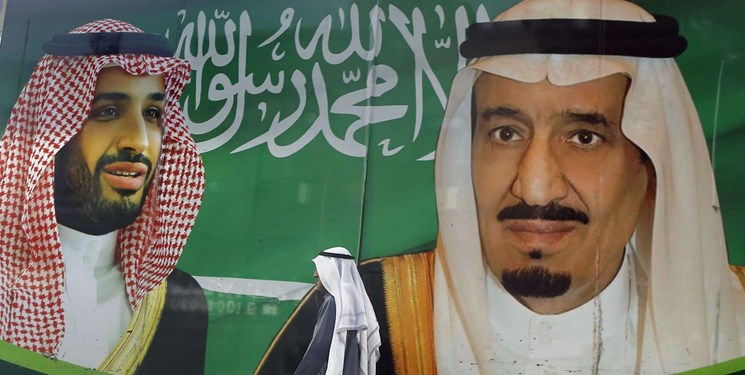 TEHRAN (FNA)- The Saudi authorities are making great efforts to cover up the poverty crisis in the Kingdom in light of the ruling family growing wealth and the spread of corruption, according to the Quincy Institute for Responsible Statecraft.

The Quincy Institute stated that poverty is exacerbating at high rates among Saudi citizens, but it remains a fact hidden behind the royal family’s wealth, according to Saudi Leaks.

The World Bank reported that “Saudi Arabia faces the problem of impending poverty” as well as income inequality.

The Kingdom is one of the worst countries in terms of dealing with the poverty crisis.

The institute explained that with the Saudi pension system on the verge of running out of resources, Riyadh is currently exploring the idea of ​​raising the retirement age and increasing contributions.

“What I see now is the deception and provocation of all the components that have ensured the stability of Saudi Arabia for a very long time,” Al-Awda said.

“We always hear that Mohammad bin Salman is popular in the kingdom, but where are the independent statistics to prove this claim? nothing," he added.

The institute highlights the danger of seeing Saudi Arabia ignited by economic “reforms” that severely affect the middle and working classes.

In this regard, he cautions against austerity measures that are coming intensive and fast, such as doubling the value-added tax, increasing fuel prices, and government efforts to privatize hospitals and schools.

The Saudi economy is paying the price for the floundering investments of MbS in light of government corruption and the absence of planning or mechanisms for oversight and accountability.

Since he led the scene in the Kingdom and consolidated his influence in the government, MbS made a series of failed investments, for which the Saudi economy paid a heavy price.

The latest of this was revealed by The Telegraph that the Saudi wealth fund bought the McLaren car company’s stake for 550 million pounds. It is despite the British company’s sales slump 60% last year, with the company incurring a loss of 312 million pounds.

The uniqueness of MbS and the absence of any popular or parliamentary oversight over his decisions pose a considerable danger to the gradual squandering of the capabilities and wealth of Saudi Arabia.

The Saudi Investment Fund is a direct example in light of the continuous decline and selling off its assets.

Recently, Reuters news agency reported that the Public Investment Fund is considering selling part of its stake in the Saudi Telecom Company (STC).

The agency stated, quoting sources, that the Public Investment Fund had appointed Goldman Sachs Bank and Al-Ahly Capital to arrange the deal.

The Public Investment Fund owns 70% of the capital of the Saudi Telecom Company, equivalent to 1,400 million shares.

The crown prince occupies the position of head of the investment fund, and he did not leave a sovereign fund, company, or money unless he brought it under his sovereignty. In a way, that reflects the mentality of the tyrannical ruler.

However, these mergers and ill-considered plans increase the risks of the failure of the Vision 2030 launched by bin Salman to diversify the sources of income in the Kingdom.

Saudi government debt is expected to rise from GDP, and sovereign net foreign assets to decline in the medium term.

The agency stated that “the Saudi government will maintain large financial safety margins… Deposits in the central bank exceed 10 percent of GDP, and dependence on oil is currently feasible… But indicators of weak governance and exposure to geopolitical shocks restrict the rating".