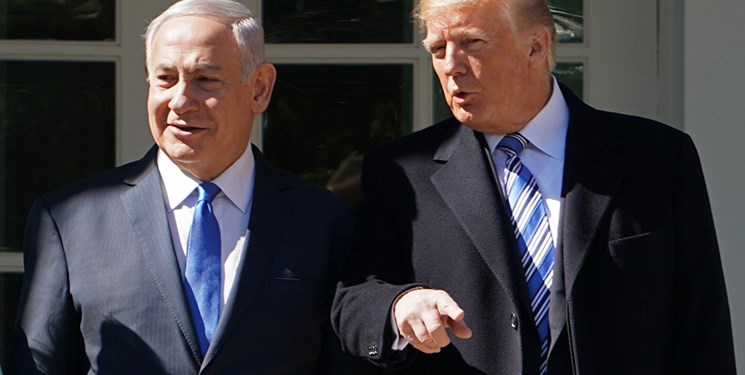 TEHRAN (FNA)- Israel charmed former US President Donald Trump with the so-called secret documents that they had allegedly stolen from Iran to persuade him to leave the internationally-endorsed nuclear deal, Iran’s outgoing President Hassan Rouhani said, but meantime, questioned authenticity of the documents.

“The Israelis presented some (so-called) secrets to Trump and Trump left the nuclear deal,” Rouhani said, addressing a meeting with senior officials of his administration in Tehran on Monday.

Yet, he said authenticity of the alleged documents never came under a litmus test. 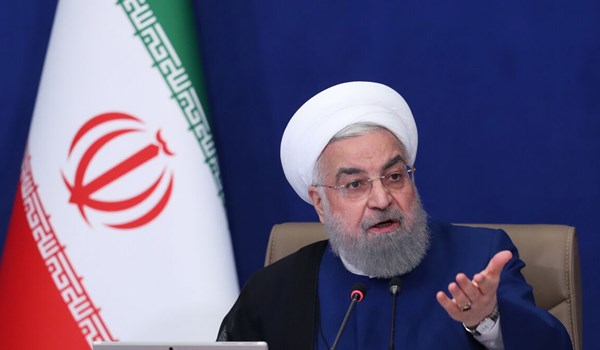 The outgoing presidnt added that Trump and the US extremists who were seeking an excuse to withdraw from the nuclear deal, eventually broke the agreement, noting that after their withdrawal, they launched an economic war against Iran and targeted people’s lives.

Rouhani criticized his critics who blamed the government and not those who had launched the harshest-ever sanctions against the country for the hard living conditions of Iranian people, and said this was a plot by the enemies and the Iranian media failed to beat the Zionist media in this psychological war.

His comments referred to former Israeli Prime Minister Benjamin Netanyahu’s claim in January 2018 that Mossad has stolen a trove of Iranian nuclear documents. Later in an address to a UN meeting in September 2018, he described a number of papers in his hand as a the images of a secret atomic warehouse in Tehran.

After his allegations, the then Iranian foreign ministry spokesman, Bahram Qassemi, said that the world would dismiss Netanyahu’s claims.

“The world will only laugh loudly at this type of false, meaningless and unnecessary speech and false shows,” Qassemi said.

Iran’s Foreign Minister Mohammad Javad Zarif said at the time that there should be more scrutiny on Israel’s nuclear program.

Also, in April 2021, former Commander of the Islamic Revolution Guards Corps (IRGC) Mohsen Rezayee said that the papers shown by Netanyahu as documents against Iran's nuclear program are all forged and fake.

“The papers displayed by the Zionist regime’s prime minister who claimed to be our country's documents were forged, and Netanyahu's actions were a show for domestic consumption and rivalries among parties in the occupied territories,” Rezayee, also the secretary of Iran's Expediency Council (EC), said.

He added that in a recent interview, he had warned of the enemies’ plots to infiltrate into the country’s sensitive centers, saying that in a failed mission, the enemies’ agents wanted to steal certain secret documents from Iran but they were fortunately arrested at the borders.