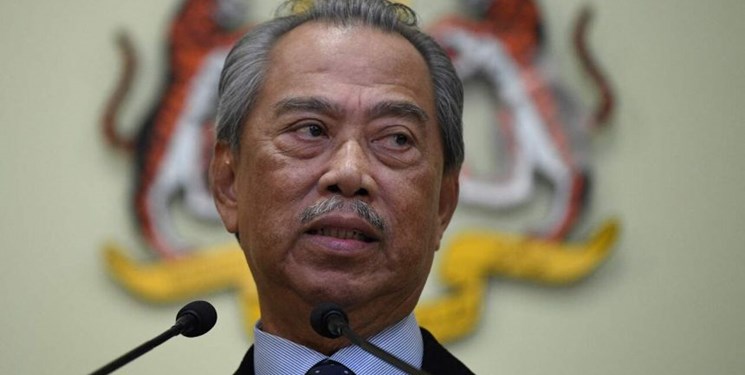 “We are gathered here to say that, in terms of the numbers of MPs, Muhyiddin’s government has fallen today,” opposition leader Anwar Ibrahim said on Monday, presstv reported.

Anwar added all 107 opposition lawmakers were united in seeking the premier's resignation for going against the constitution and the king's decree, and blocking lawmakers from carrying out their duties.

With the main road cordoned off by police, the opposition lawmakers assembled in a field close to the parliament building before they marched towards the legislature, chanting “Step down, Muhyiddin".

Political heavyweight Mahathir Mohamad also joined Anwar in spearheading the march on parliament in a rare show of unity. The two have long had a turbulent relationship.

However, riot police blocked their route to the parliament building. Anwar then called on the group to fall back and eventually the demonstrators dispersed peacefully.

Last week, a special parliamentary meeting, which had been scheduled for Monday, was postponed for an unspecified time due to reports of COVID-19 cases being detected in parliament.

Opposition lawmakers, nonetheless, called the postponement a politically-motivated scheme designed and implemented by Muhyiddin's government to block a vote of no confidence.

Muhyiddin faced fresh calls to resign last week after Malaysia's king issued a rare rebuke of the government's revocation of COVID-19 emergency laws, in place since January, without his consent.

The monarch had demanded that the revocation of ordinances be debated in parliament, but the government did not comply. The PM’s office announced it had acted in accordance with the laws and the constitution of Malaysia.

Mahathir's party objected to the reply. It claimed the government had violated the principles of parliamentary democracy and made a mockery of the king's authority.

The Southeast Asian country was plunged into a state of political turmoil right after Mahathir unexpectedly resigned from his post as prime minister last year.  Muhyiddin assumed power in March 2020.