Lawyers Warn ‘No Jab, No Job’ Policies in UK Set to Spark Deluge of Employment Tribunals 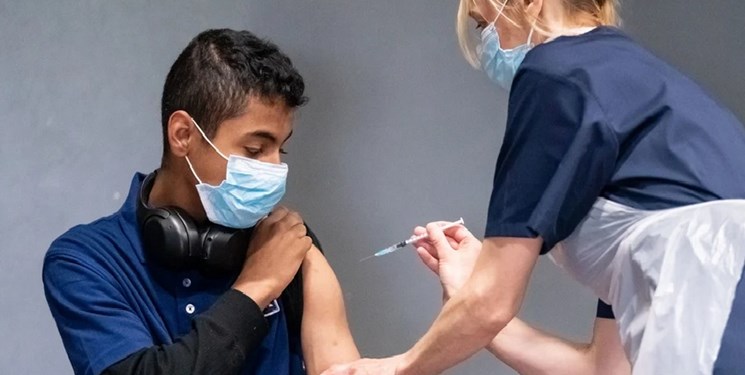 TEHRAN (FNA)- Lawyers expect a wave of legal action against UK companies over attempts to make sure staff are double-vaccinated against COVID, amid growing fears of draconian “no jab, no job” policies in the workplace.

Trade unions have criticised the government for encouraging the idea of mandatory vaccination for office staff – after transport secretary Grant Shapps said it was a “good idea” for companies to insist staff are double-jabbed, The Independent reported.

Tech giant Google has said mandatory jabs for US employees will later be rolled out to staff in 40 countries where it operates, and Mr Shapps said he expected some British firms will soon “require” full vaccination.

Employment lawyers told The Independent that British companies had been in touch to explore their options on putting COVID vaccination requirements in place.

“We’re definitely going to see a lot of employment tribunals on this,” said Elissa Thursfield, head of employment lawyer and a director at Gamlins Law – predicting a wave of vaccine-related discrimination claims in the months ahead.

Lawyers and union chiefs warned that a blanket approach to making jabs mandatory could breach the Equality Act by discriminating against some groups, including those with disabilities or certain religious beliefs.

“Having a blanket policy is almost always dangerous – it’s fraught with legal difficulties,” said Thursfield, adding, “For existing staff, if you don’t have a clause in your contract that says you can receive mandatory instructions on health, which is rare, that’s potentially a breach of contract, as well as the discrimination claims.”

She added, “If the government pushes any further on this, in terms of encouraging employers, they are going to start getting into hot water.”

“If you’re not able to go back to your existing job, or you’re denied a job, and the employer’s justification [for vaccination] doesn’t stack up, then I can see legal claims,” he said.

Responding to Shapps’ encouraging remarks about companies asking staff to get the jab, Labour leader Keir Starmer said he did not think “no jab no job” policies were wise.

“I don’t agree with that,” said Keir.

“For day-to-day routines, access to the office, access to health services or dentistry or even food – I don’t agree with vaccine passports for day-to-day access,” said the Labour leader.

Downing Street has made clear the government has no plans to bring legislation to make full-vaccination mandatory for entry into offices.

Unison General Secretary Christina McAnea said the government should not be encouraging any form of “coercion” when it comes to employees getting the vaccine before returning to work.

“Only with widespread take-up can the virus be defeated,” she said, adding, “Achieving this requires persuasion and encouragement – not compulsion and coercion. Forcing people can only lead to needless confrontation at work and legal cases that could drag on for years.”

Unite’s National Health and Safety Adviser Rob Miguel said COVID vaccine compulsion would be a “bad” way for companies to encourage a return to work, and is “embroiled with issues such as equalities, human rights, privacy and ethical breaches”.

Goldman Sachs raised alarm bells last month when it sent a memo to UK staff saying the company “strongly encouraged” them to report their COVID vaccination status before returning to the office – before clarifying vaccination was not compulsory.

In the US, companies are beginning to be more severe in their demands. Google and Facebook, along with Delta and United airlines, have said full vaccination will be mandatory for staff.

The Independent understands leading UK companies are examining how they can make sure staff are double-jabbed, despite potential legal difficulties.

Some keen on getting offices fully-staffed say employees have told them they are uncomfortable about returning to the office until all their colleagues are vaccinated.

Others have said they would not try to enforce any rules about the COVID vaccine.

Imran Hussain, director at Harmony Financial Services, said it would be “ridiculous” to try to draw up a policy about vaccination.

“The whole idea is highly undemocratic and draconian,” he said, adding, “People should be allowed to make their own decisions and if they wish to take the jab, that’s great.”

The Confederation of British Industry (CBI) warned against blanket mandatory policies on vaccination.

A spokesperson for the CBI said, “The bar for compulsory vaccination is high, and there will be few industries where this approach would be appropriate."

“However, in some sectors it could prove necessary. Wherever possible, businesses will be approaching questions like this trying to bring their staff with them,” the spokesperson added.