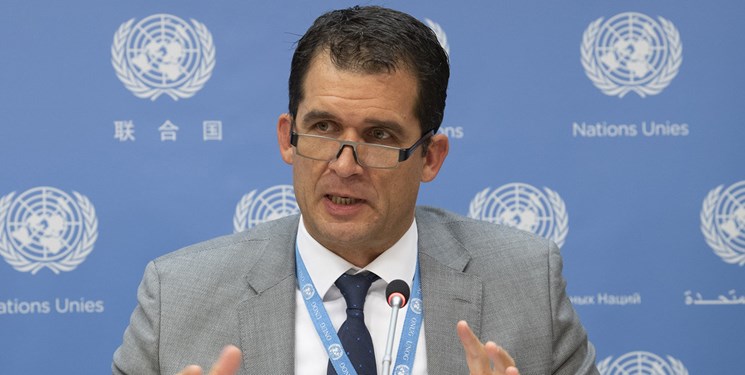 TEHRAN (FNA)- The United Nation’s special rapporteur on torture Nils Melzer issued a request for information after a video showing a German police officer throwing an elderly woman to the floor during a protest went viral online.

The footage, allegedly recorded during the anti-COVID-19 lockdown protests in Berlin on Sunday, showed the woman attempting to walk past an officer before he grabbed onto her neck with both hands and threw her forcefully to the ground, RT reported.

Fellow protesters could be seen in the video admonishing the officer and trying to help the injured woman, as several officers continued to push others in the area with less force.

Melzer – who is also the human rights chair at the Geneva Academy in Switzerland – confirmed on Sunday that the video had been brought to his attention. He has requested both witness statements and details on whether “an official investigation has been launched".

This has just been brought to my attention.

Can anyone provide my office with the specifics / witness statements of this incident and whether an official investigation has been launched?

It was not the only violent encounter between elderly women and the Berlin police, as another clip showed a different officer pushing one woman to the ground, with another already on the floor having seemingly been pushed over.

The anti-lockdown protests in Berlin became chaotic after police tried to forcefully shut the demonstrations down. Around 5,000 Germans took part in the protests on Sunday, and around 600 were arrested.

Videos showed other instances of police violence, including officers kicking demonstrators, shoving people, pushing their faces, pepper spraying, and even grabbing onto and detaining a man for playing the trumpet.

One video showed an officer punching a teenage boy in the face while he was on the ground, and a 49-year-old protester collapsed and died during an identity check.