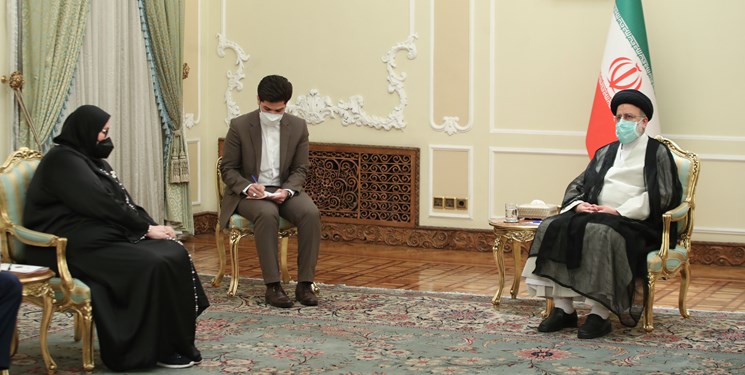 TEHRAN (FNA)- Iranian President Seyed Ebrahim Rayeesi in a meeting with the Bosnian Foreign Minister Bisera Turković underlined that the principled policies of the Islamic Republic of Iran focus on protecting the territorial integrity of countries and defend the oppressed people of the world.

During the meeting in Tehran on Wednesday, Rayeesi said that Iran's approach is to maintain security and prosperity in all regions in the world.

Congratulating Raisi on his election as new President of the Islamic Republic of Iran, Turković, for her part, said that Bosnia-Herzegovina always appreciated the stances and support of Iran and is ready to further expand its relations with Tehran.

In a relevant development earlier on Wednesday, Pope's special representative, the President of South Korea's Special Envoy and the Foreign Minister of Bangladesh arrived in Tehran on Wednesday to take part in the swearing-in ceremony of Iranian President Seyed Ebrahim Rayeesi

In a relevant development earlier on Wednesday, more leaders, presidents, speakers and other senior officials from around the world arrived in Tehran to attend President Rayeesi's inauguration ceremony.