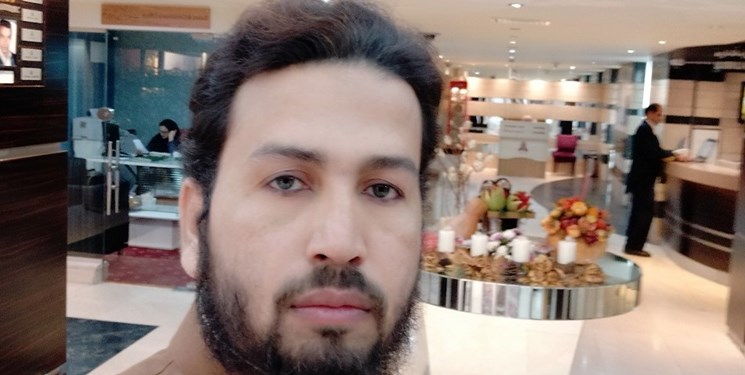 Speaking in an interview with FNA, Syed Baquar said, “Particularly this time, Wasim Rizvi took on the task of making someone's big, dirty plan. This move of Wasim Rizvi is not looking at the work of a single person but a force behind it… They started cursing the Shia in the case of Wasim Rizvi and tried to provoke sectarian differences between Sunni and Shia. The Wahhabi elements who themselves issue fatwas against Sunni Muslims that they are (Mushriks) but they began to fill the ears of Sunni youth with various means and every effort was made to incite them against Shia Muslims.”

Syed Baquar is a program and news producer at 4TV News, a Hyderabad-based Urdu news channel. He covers social and humanitarian issues particularly on Indian Muslim rights, West Asia’s geopolitics and the Palestine Cause.

Q: How do you view Wasim Rizvi’s suit to the Indian court to remove some 26 verses from the Quran?

A: In fact, Wasim Rizvi is an atheist, irreligious and ungodly man. His own brother and those who know him intimately blame him. If someone raises a question about the Quran, it will be a matter of pain; but it is not surprising because making such demands is a common strategy adopted by enemies of Islam, including Wasim Rizvi.

Wasim Rizvi, who does not know how to read the Quran correctly, how can he question the holy book? In fact, he is a tool of such forces under which anti-Muslim acts have been carried out even before him.

He is a man who not only strongly supported the construction of the temple on the site of the four-hundred-year-old historical Babri mosque, but also hurt the religious sentiments of Muslims through his statements.

Wasim Rizvi, a former president of the Shia Waqf Board, allegedly committed many major frauds at the time of his possession and a number of cases are pending against him. He is facing a CBI investigation also.

Wasim Rizvi is like a rat trapped in a cage and is trying to release, and has crossed all limits to please his masters. Now Wasim Rizvi has approached the Supreme Court claiming that 26 verses of the holy Quran promote extremism; actually this is his extreme step.

The action of any human being is related to his personality background similarly, it should be looked out that what and how he could be his relation with Islam, Wasim Rizvi having own clubs and pubs. he faces serious corruption cases. I can say that questioning 26 verses of the Quran is a part of a series of his crimes.

Q: How is this the case that Wasim Rizvi can go to court and file an insulting case against Muslims’ holy book, but Muslims’ plea for an official reaction to his move is turned down?

A: We know that many big criminals and especially enemies of Islam have been sheltered in the Britain. Similarly, at this time, in our dear country India, we are looking that such elements are being exempted and they have been made fearless to insult the religious sentiments of Muslims, even the holy Quran. But no action is taken against these miscreants and they roam free.

The question is if the beliefs and holy book of the majority people of India were insulted, then the current government would remain silent, as in his case now.

It is so sad for us that the Indian prime minister has never condemned the insolence of Wasim Rizvi, who has hurt the feelings of the second largest population of the country and Muslims around the world, while he makes big statements on every and each unimportant issue. This silence makes space to elements like Wasim Rizvi, and encourage them to go forward for their hateful acts.

It is not any secret that not only Wasim Rizvi but also others like him are going to move forward with the help of Sangh Parivar (the right wing Saffronist party.) Actually, this type of elements in India incite hatred between people of different faiths and also between Muslims.

I can say that particularly this time, Wasim Rizvi took on the task of making someone's big, dirty plan. This move of Wasim Rizvi is not looking at the work of a single person but a force behind it. Rather, it seems that there is an alliance of forces behind the scenes who want to achieve their own goals

Apparently, if a person who belonged to the Shiite community and insulted the holy Quran, the Sunni or Shias would be the first to contest in the country and a riot would break out. Therefore, as soon as the news of Wasim Rizvi's nefarious attempt became public, social media and some groups that incite ordinary Muslims against Shia in the country. They started cursing the Shia in the case of Wasim Rizvi and tried to provoke sectarian differences between Sunni and Shia. The Wahhabi elements who themselves issue fatwas against Sunni Muslims that they are (Mushriks) but they began to fill the ears of Sunni youth with various means and every effort was made to incite them against Shia Muslims.

Perhaps that was the short time when I can say that the Saffronist and Zionist powers were rejoicing and they fully predicted that this fire would spread between Shia and Sunni Muslims in India as well. But the Muslims of India, irrelevant of their sects Sunni and Shiites all gathered on a platform against Wasim Rizvi and, demonstrating their unity, rejected it and did not allow any kinds of hatred to spread.

The question here is about the Wahhabi elements who are trying their all effects to create extreme hatred between Shias and Sunnis in India regarding Wasim Rizvi: Will they demand to UAE Government to take action against Wasim Rizvi and freeze his assets because this person has insulted the holy Quran?

Maulana Kalab-e-Jawad, a senior member of the Indian Muslim Personal Law Board and a well-known Shia cleric, says that Wasim Rizvi is a luxurious non-religious person with a large investment in UAE. He owns a pub in Dubai and a club in Sharjah. All Haram (forbidden) activities are going there. Can these elements put pressure on the UAE government or does it have the backing from here as well?

I think the Zionist powers that brought terror, chaos and destruction to the world are now casting their evil eyes on India. We should know that friendship with the Zionist power is a slow-releasing poison; its result is nothing but death.

We can identify the regional extremists in the different places of the world in the name religion, caste, nation and race, generally the Zionist regime use them as their instruments, as well as globally we can see Takfirism is used to make hatred between Sunni and Shia. Yes, their ideology belongs to Wahhabism, who belongs to them they want to create a rift between Shiites and Sunnis everywhere with their pens and tongues. But I think Wasim Rizvi's hate-mongering agenda in India has failed.

Q: How does Indian judicial system deal with cases like Wasim Rizvi’s?

A: This is my stand that Sunni and Shia are united in every part of the world. Yes, they have some sectarian differences but they are limited to books and scholarly discussions. Neither Sunni nor Shia clerics allow Muslims to fan the flames of hatred and cut each other's throats. When we look at Iraq, Syria, Yemen or Pakistan where the Zionist media calls the killings and massacres a war of Sunni-Shia, but I say that is not a Sunni-Shia war. In fact, Zionist and Wahhabi wars are being waged on Sunnis and Shia for their own interests and power. Thus, the peace-loving Muslims of India are well aware of such a conspiracy, that is why both Sunnis and Shias strongly opposed Wasim Rizvi.

Of course, congratulations to the Shia and Sunni Muslims of India who have shown their practical unity in countering this fitna (plot). Surely this is the best sign of their unity. However, questions about the Rizvi case, no appeal has been filed by the Muslims against Wasim Rizvi's appeal so far. Shia-Sunni clerics, leaders and the Muslim Personal Labor Board have stated they will not go to court on their own. Because they believe that the Supreme Court will definitely dismiss a petition which has no constitutional scope to be heard.

In my conclusion and as your question I want to ask question these Muslim leaders, if the Supreme Court goes ahead with the debate on this, will the holy Quran be debated in the court of India now, while the Constitution of India provides them with reservations regarding the respect of religious sanctities?

On the other hand, Muslim leadership accepts that Wasim Rizvi is not just a visible person, rather than there is a big power and an agenda behind him. In any case, whether it is a question of Muslim Personnel Law, whether it is a case of triple Talaq (divorce) or the decision of Babri mosque and now challenging the verses of the Quran in court, I think it seems that it is not going to stop. It is the call that India is moving towards Hindutva. Implementing uniform Civil Code in the country is the agenda of RSS and BJP.

In fact, contrary to the present Indian Constitution, this is a measure on which there are many fears and dangers. Specially Hindutva agenda and the Muslims Personnel Law are like two beaches of a sea that can never meet each other. Muslims of India despite being the country's second largest population, have no influence in the country's politics. Just they repeatedly express their faith in the Indian Constitution and the Justice.