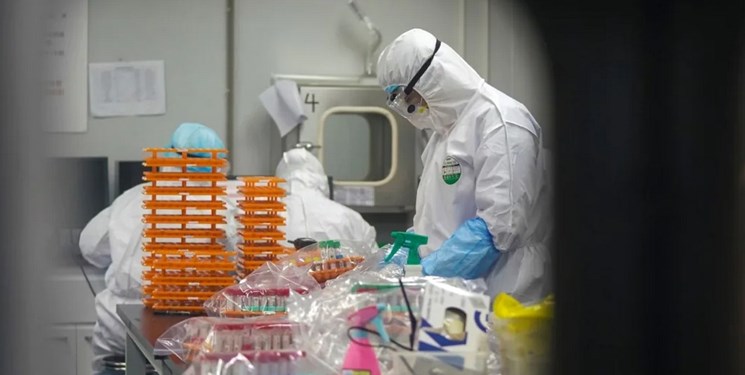 TEHRAN (FNA)- Beijing repeatedly warned against politicising the issue of the origins of COVID-19, rejecting Washington's allegations that the virus emanated from a Chinese bio lab as unfounded.

Over the past few days, China has doubled down on its theory alleging that the coronavirus may have been leaked from a US Army lab, according to CNN.

The news network claimed on Friday that Beijing "is mobilising its diplomats and vast propaganda apparatus to call for" a World Health Organisation (WHO) probe into a US Army Medical Research Institute of Infectious Diseases lab at Fort Detrick, Maryland.

This follows CNN reporting on Thursday that US intelligence agencies are digging through genetic data pertaining to China's Wuhan Institute of Virology (WIV), which could be a key to revealing the origins of the COVID-19 pandemic.

The broadcaster cited multiple unnamed sources as saying the data contains genetic blueprints drawn from the virus samples studied at the WIV lab, and that some officials believe these samples may have been the source of the coronavirus outbreak.

It is yet unclear how the US intelligence agencies acquired the data, which is yet to be deciphered, the CNN report said, adding there is a possibility the data was hacked.

To analyse such a huge amount of data, the US intelligence community is reportedly using supercomputers at the Department of Energy's National Labs. Even though the officials are employing the help of Mandarin-speaking specialists, deciphering the data will not be an easy feat, according to one of the sources.

"Obviously there are scientists who are [security] cleared. But Mandarin-speaking ones who are cleared? That's a very small pool. And not just any scientists, but ones who specialise in bio? So you can see how this quickly becomes difficult", they said.

The insiders added that officials involved in the investigation hope that deciphering the data will help shed more light on whether the coronavirus leaked from the lab or was transmitted to humans from animals in the wild.

The claims come after a report by US Republicans released on Monday asserted that "the preponderance of the evidence proves the virus did leak from the WIV and that it did so sometime before September 12, 2019".

In May, President Joe Biden directed the US intelligence community to redouble efforts to investigate the origins of COVID-19 and to report their findings to him in 90 days.

The instructions followed the WHO issuing a report about its own fact-finding mission to China, that concluded the possibility of the virus having leaked from a state laboratory in Wuhan was very low. The World Health Organisation's experts argued that there was a high possibility the virus was transmitted to humans from bats via another animal.

China has denied the claims of a lab leak and urged the US and its allies to stop politicising the issue. Beijing has also affirmed its commitment to finding the truth behind the origins of the virus with global partners based on a scientific approach.

As for Fort Detrick, its army laboratory that studies deadly infectious materials like Ebola and smallpox was shut down after the US Centres for Disease Control and Prevention (CDC) issued a cease-and-desist order in July 2019, six months before the nation reported its first COVID-19 case.

CDC officials cited "national security reasons" without elaborating, while the United States Army Medical Research Institute of Infectious Diseases (USAMRIID) reportedly claimed in August of that year that the shutdown was because the centre did not have "sufficient systems in place to decontaminate wastewater" from its highest-security labs.

The state-run Chinese tabloid Global Times released what it described as email correspondence between CDC officials at USAMRIID from 2018 to 2019, which revealed several violations at the Fort Detrick lab during the CDC's inspections in 2019.

In one of the violations, the CDC said USAMRIID had "systematically failed to ensure implementation of biosafety and containment procedures commensurate with the risks associated with working with select agents and toxins" at the Fort Detrick laboratory.

The Global Times cited an unnamed source as claiming that "some highly pathogenic" viruses in the laboratory "were likely released" as a result of the alleged violations. The source also accused the American military of "never" telling the public "about what they were doing".