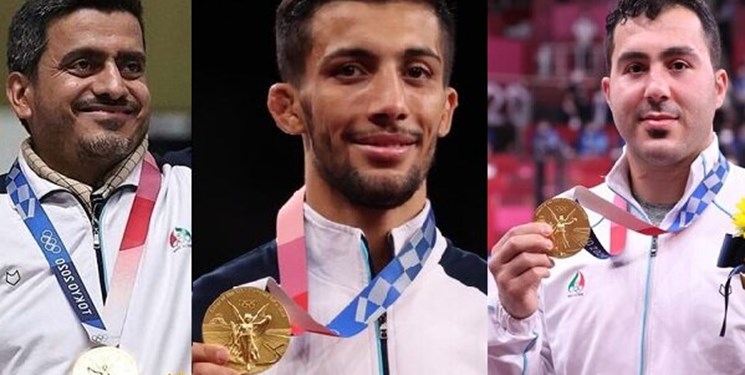 China with 88, Japan with 58 and South Korea with 20 medals stood in the first three places in the list respectively, followed by Iran.

With seven medals, Iran stood at 27th place in the medal tally of the Olympic Games Tokyo 2020.

Mohammadreza Garayee, Iran’s Greco-Roman wrestler at 67-kg weight category, defeated a rival from Ukraine 9-1 in the finals of Tokyo Olympic Games to win the gold medal of the competitions.

Meantime, in weight-lifting, Ali Davoudi further boosted Iran’s stance in the Tokyo games, by claiming a silver medal in the men’s +109 kg category.

Meantime, Amirhossein Zare from Iran claimed a bronze medal in the men's freestyle 125 kg of the Olympic Games, and Iranian Greco-Roman wrestler Mohammadhadi Saravi won a bronze medal at the 97kg category.

After more than two weeks of competition in 33 sports across 46 disciplines in 43 venues – for a total of 339 medal events – the Tokyo Olympics formally came to an end on Sunday.