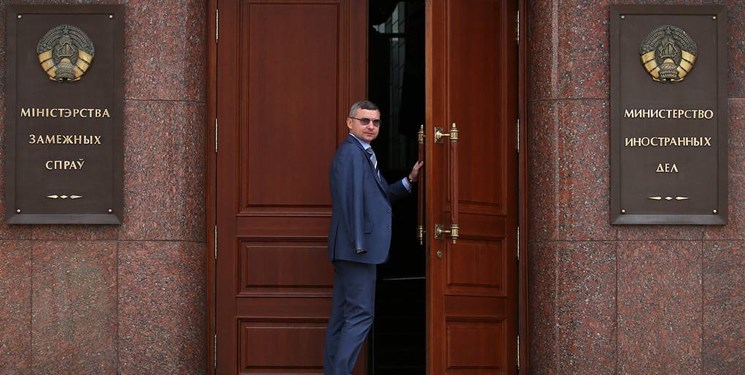 "Against the backdrop of Washington’s steps aimed at reducing cooperation in all areas and at the economic strangulation of our country, we quite objectively do not see any point in the presence of so many staff members at the US diplomatic mission in Belarus," read the statement released after a meeting with Ruben Harutunian, US Charge d’affaires ad interim, at the Foreign Ministry, TASS reported.

"It is simply unclear what they should be busy with against this background. In this regard, the US side was offered to reduce staff at its embassy in Minsk to five people by September 1," the statement added.

Glaz stated that over recent years Belarus and the United States had come a long way to bring their diplomatic relations "to a more or less acceptable level".

"That is why it is regrettable that the US’ impudent and openly hostile steps, along with the actions of some [US] representatives which do not fall under the notion of diplomacy and professionalism, have destroyed their predecessors’ achievements and forced us to withdraw the consent, which was earlier issued by the Republic of Belarus, to have Julie Fisher appointed as the US ambassador to our country," the spokesman noted.

"The Vienna Convention on Diplomatic Relations clarifies such situations, so there should be no misunderstanding. However, if need be, we will explain," he continued.

Additionally, Glaz said "taking into consideration the fact that Belarus has lost confidence in the current US administration, the approval of any new US government project, grant or program is suspended by our side until this confidence is restored".

"Based on the results of the ongoing study, we retain the right to take additional retaliatory measures," the spokesman for Belarus’ Foreign Ministry added.

On Tuesday, Belarusian President Alexander Lukashenko instructed the government to draw up a set of measures against another round of Western sanctions. On Monday, the US, Canada and the UK rolled out new economic sanctions on Minsk, explaining them as a response to human rights violations in Belarus, in the eyes of those countries. In particular, the US imposed sanctions on dozens of Belarusian entities, including Belaruskali, as well as against the country’s Olympic Committee and Investigative Committee. The UK imposed trade measures on potash, petroleum products, a ban on the purchases of "transferable securities and money-market instruments" issued by Belarus and its state-owned banks, and on the provision of loans along with insurance services to Minsk. Canada imposed sectoral sanctions against Belarus which will particularly affect petroleum and potash products.