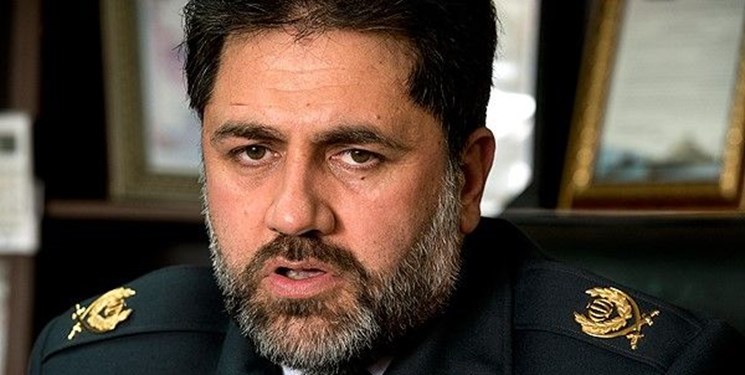 TEHRAN (FNA)- Deputy Commander of Iran's Air Defense Force Brigadier General Alireza Elhami assured the nation of security at the country's borders, saying that areas even far from the bordering regions are monitored to confront any possible threats.

General Elhami made the remarks on Monday, elaborating on the latest situation of security along Iran’s Eastern borders with Afghanistan after the recent developments in the country.

“If [Iranian] people have concerns about possible insecurity along eastern borders ... [I assure them that] due to preparedness of [the Iranian] Armed Forces, there is no problem and no ground for any concerns” in this regard, he underlined.

“I tell my compatriots that there is no ground for concerns about security of the country’s borders, because the powerful Armed Forces of the Islamic Iran, specially the Air Defense Force ... are monitoring areas many kilometers beyond our territorial borders,” General Sabahi Fard added.

He emphasized that the Iranian Army's Air Defense Force is focusing its efforts on protecting security of the country's airspace and has used its full scientific deterrent power in this regard.

"My colleagues in the Army of the Islamic Republic of Iran…are aware of the importance of fully safeguarding security of the Islamic Iran's airspace and are monitoring borders with full preparedness," General Elhami said.

The Taliban took over the Afghan capital Kabul on Sunday and declared that the war in Afghanistan was over. The militants entered the presidential palace after former president Ashraf Ghani fled the country, saying he wanted to “prevent a flood of bloodshed”.

The US-led invasion of Afghanistan removed the Taliban from power 20 years ago, but it worsened the security situation in the country.

Elsewhere in his remarks, the Iranian commander said no aircraft can enter the country's airspace under any circumstances "without our control and permission."

He emphasized that the Iranian Army's Air Defense Force, helped by other operational units in the Armed Forces, has established the necessary deterrence capacity to defend the country's skies.

“We will not allow any mistake by the enemies for the sake of our authority and dignity,” General Sabahi Fard said while visiting the air defense center in the Southeastern port city of Chabahar.

“The units of this force, by [exercising] intelligence, vigilance and [keeping a] a watchful eye, will not allow any aggression by outsiders,” he added.

General Sabahi Fard noted that the Northern Indian Ocean and the strategic region of Southeastern Iran are under full surveillance of the air defense, stressing the region enjoys complete security.

He said the Chabahar air defense center is in charge of monitoring the sky of a part of the country where there is a lot of air and sea transportation to the Strait of Hormuz and the Persian Gulf, as well as to East Asia and Central Asia, adding that various types of surveillance equipment are deployed to the region to monitor any moves.

“All kinds of completely indigenous electronic interception, radar and missile systems, which are the result of round-the-clock efforts of the youth of this border and region, are deployed in this area, and the enemies know that we are very close to them in the region and we even monitor their breathing,” the commander added.

He said Iran’s air defense has long been capable of detecting and monitoring any flying object with any radar cross-section and uses powerful systems and weapons for tactical and defensive actions against offensive forces.