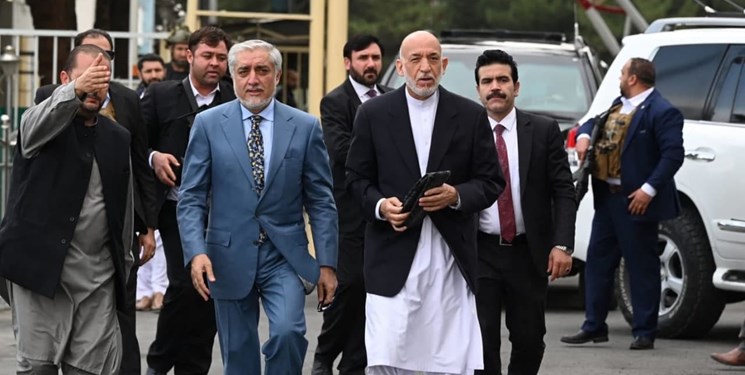 TEHRAN (FNA)- An aide to ex-Afghan President Hamid Karzai and a source close to Head of the Afghan High Council for National Reconciliation Abdullah Abdullah strongly denied a report by CNN news network over house arrest of top officials, stating that talks with the Taliban are underway.

"Mr. Karzai and his family live in their home in Kabul and there is no problem such as detention or house arrest," Karim Khoram, an aide to the former president, told FNA on Thursday.

Khoram stressed that Abdullah and Karzai have been in contact with Taliban leaders and the international community and negotiations continue.

Meantime, an official close to Abdullah strongly denied the detention of the former peace negotiator as well.

"Abdullah is currently at his home in Kabul," the informed source told FNA, adding that the Afghan official meets with mebers of Taliban group and there are "no restrictions on his movement".

On Monday, the Taliban confiscated weapons from Karzai's armed protection team and took away his vehicles, prompting the former president to move in with Abdullah, the source claimed. On Wednesday, the Taliban later also searched Abdullah's home and took his security and vehicles.

A Taliban spokesman had told CNN that the group wanted to form an inclusive government. It has since held talks with Karzai Abdullah, both of whom stayed in Kabul when the Taliban took over the capital.

On August 15, Taliban militants swept into the capital city of Kabul without encountering any resistance and took complete control of the city in a matter of hours. President of Afghanistan Ashraf Ghani claimed that he was stepping down in order to prevent bloodshed and subsequently fled the country.

Western states are in the process of evacuating their citizens and embassy employees from the war-torn country.