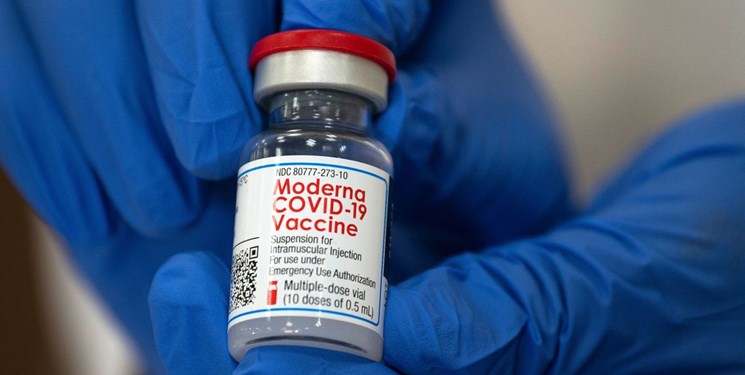 TEHRAN (FNA)- Moderna announced Wednesday that tainted batches of its COVID-19 vaccine sent to Japan were contaminated with stainless steel particles, but the company did not expect it posed "an undue risk to patient safety".

The US biotech firm is facing major setbacks in Japan, with hundreds of thousands of doses suspended following reports of foreign substances detected in vials, AFP reported.

Authorities are also investigating the deaths of two men who received doses from a tainted batch, but the cause of their deaths is so far unknown.

In a joint statement with its Japanese partner Takeda, Moderna said the contamination in one of three suspended lots had been traced back to production line flaws at a factory run by its Spanish contractor, ROVI Pharma Industrial Services.

"The rare presence of stainless steel particles in the Moderna COVID-19 vaccine does not pose an undue risk to patient safety and it does not adversely affect the benefit/risk profile of the product," the statement added.

Metallic particles of this size injected into a muscle may cause a site reaction, but are unlikely to go beyond that, it read.

"Stainless steel is routinely used in heart valves, joint replacements and metal sutures and staples. As such, it is not expected that injection of the particles identified in these lots in Japan would result in increased medical risk," it said.

Moderna added that for the time being, there was no evidence that the two deaths were related to administration of the vaccine and "the relationship is currently considered to be coincidental".

An investigation is ongoing.

Around 46 percent of Japan's population has been fully vaccinated, as the country battles a record surge of coronavirus cases driven by the more contagious Delta variant.

Some 16,000 people have died from COVID-19 in Japan, and large parts of the country are under strict virus restrictions.