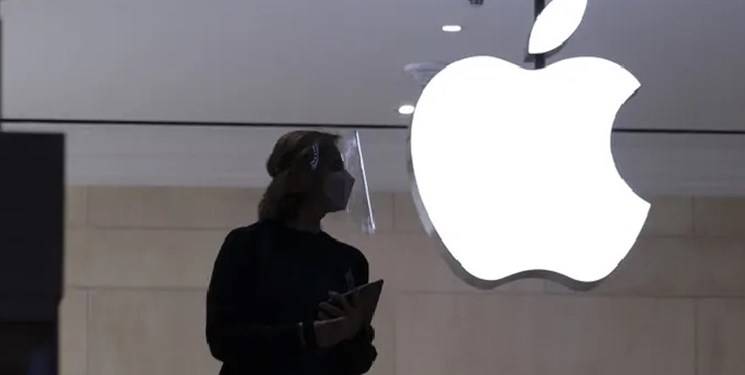 TEHRAN (FNA)- A group of Apple workers is organizing to fight against what it says are patterns of discrimination, racism and sexism within the company and management’s failure to address them, in a rare public display of dissent within the notoriously secretive company.

Last week, a group of employees launched #AppleToo, a campaign to gather and share current and past employees’ experiences of inequity, intimidation and abuse, The Guardian reported.

The group hopes to mobilize workers at a time when workers across the tech industry are calling for greater accountability from their employers, and to push Apple to more effectively address such complaints.

“For too long, Apple has evaded public scrutiny,” the workers said in a public statement.

“When we press for accountability and redress to the persistent injustices we witness or experience in our workplace, we are faced with a pattern of isolation, degradation, and gaslighting,” they added.

The initiative on Monday released five accounts from employees who say they were subjected to discrimination and sexual harassment at work, allegations they say they shared with management but were left unaddressed. The accounts were anonymous, and did not share what department or city the employees worked in.

“There was [an] employee, who was actually someone in an elevated position, who was constantly predatory. Constantly sexually harassing our team members, and nothing was done about it until it became impossible to ignore,” one of the five employees wrote.

“There were several instances where leadership would not let certain employees of color interview for positions that they were very deserving of,” they added.

The initiative comes after workers tried to address complaints with Apple leadership internally, organizers say, to little avail. Apple reportedly has put a stop to surveys from employees that sought to gather data related to pay.

Earlier this week, it barred workers from creating a channel on the communication platform Slack to discuss pay equity, the Verge reported, claiming the topic didn’t meet Slack’s terms of use, though it allows channels dedicated to dogs, cats and gaming.

Since launching, organizers say, the initiative has received hundreds of stories from workers across the company. Seventy-five percent of them involved discrimination of some sort, and almost half involved sexism, retaliation and dismissed HR reports.

The effort has also prompted an outpouring of response on social media from former Apple employees detailing their experiences with discrimination and retaliation.

Cher Scarlett, an Apple security engineer and #AppleToo organizer, said hundreds of people have come to her looking for support.

“I can’t even keep track anymore of the number of people who’ve shared their stories with me. These are people’s lives. They are human beings,” Scarlett told Protocol, adding, “What else do you do when hundreds of people you don’t know are coming to you with all of these different issues?”

The initiative marks a new phase of employee organizing at Apple. Until recently, the company had largely escaped some of the increased scrutiny faced by other major tech companies.

Employees of Activision Blizzard, the video game company behind Call of Duty, staged a walkout in July to call for better working conditions amid allegations of a “frat boy” culture at the company and severe harassment and discrimination against female workers.

Timnit Gebru, a former Apple employee and AI scientist at Google who was fired from Google after the company attempted to suppress her research and she criticized its diversity efforts, has offered her support to those sharing their stories.

“Apple HR and lawyers have the sickest retaliatory tactics I have seen so far,” she said on Twitter, adding, “[Apple] how long do you think you can keep doing these horrible things to people under the radar?”

In response to the workers’ claims, Apple said, “We are and have always been deeply committed to creating and maintaining a positive and inclusive workplace. We take all concerns seriously and we thoroughly investigate whenever a concern is raised and, out of respect for the privacy of any individuals involved, we do not discuss specific employee matters.”